How profs talk about you behind your back 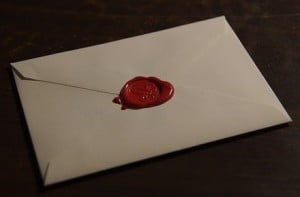 In Robertson Davies’ The Rebel Angels, Simon Darcourt takes up the task of writing letters of reference for his students when he happens to be in a bad mood. Worse, his students have irked him by making requests at the last minute and expecting him to pay for postage. So, in a fit of pique, he savages them: “treacherous, never turn your back on him” he says of one; he describes the mind of another as “flat as Holland—the salt marshes, not the tulip fields.”

When I was a student I was always respectful when asking for letters, lest my profs be offended and take out their anger on me in the same way. Now, as a professor who has written dozens upon dozens of reference letters for scholarships, grad programs—once to help a student get an apartment—I can see how nerve-wracking the process must be for those doing the asking.

For one thing, much of the procedure is secret. Often the letter goes directly to the school, bypassing the student completely. If it does go to the student, it comes sealed in an envelope with the prof’s signature over the seal to avoid peeking and tampering. This confidentiality helps ensure candor, but it leaves the student to fret over the letter’s contents.

Whatever your prof has written, you can usually be confident it took a while to write. Occasionally a busy prof will fire off a slapdash missive—I once had a university call to tell that a letter was so poorly done that I had better get another one and fast—but that’s unusual.

Still, even with mediocre students, few include things that are genuinely negative. The difference between a weak recommendation and a strong one is not whether one praises the candidate, but how much.

For this reason, I try to avoid writing letters for weak or average students because it puts me in the awful position of having to damn with faint praise. Still, some insist that I am the only one who can do it, and it’s absolutely essential, and they know they weren’t the best student, but pleeeeease…

So the epistle is carefully calibrated, every word measured for literal meaning and implication. For a top student I might begin like  this:

It is my great pleasure and privilege to write in support of Eloise Quintessence’s application to your program in Imaginary Studies. I recommend her without hesitation or reservation.

For a middling student, on the other hand:

It is my pleasure to support Harvey Ordinary’s application to your program.

See? Not a privilege this time, and no mention of my lack of reservations, because in this case I have a few. In fact, look closely, and you’ll see that I didn’t even recommend Harvey, only supported his application—which any letter would do since it’s a required element of the application package.

For the very best students, I usually end with something like this:

If there is anything else I can do to support this application, please do not hesitate to contact me, day or night.

I’m proud of that last part. I know no one on the admissions committee is actually going to call me in the middle of the night; there’s never a scholarship emergency. But by putting that in, I emphasize just how much this student matters to me.

For a so-so student, I sum up more simply:

Mr. Ordinary’s many strengths have served him well in his education to date, and I am confident they will continue to do so in your program, should you choose to admit him.

Again, notice that there is nothing bad there, but everyone has some strengths, and by noting that the choice is up to the committee, I tacitly suggest that they should think carefully.

To students, this might all sound a bit devious and manipulative, but it is part of the etiquette of higher education. Darcourt’s letters are funny because no one would ever be so blunt. If a student is applying for an Education program, you just can’t write “If my kid was in her class, I would start home schooling.” It just isn’t done.

But you can refrain from saying that you would actually want your kid in her class.