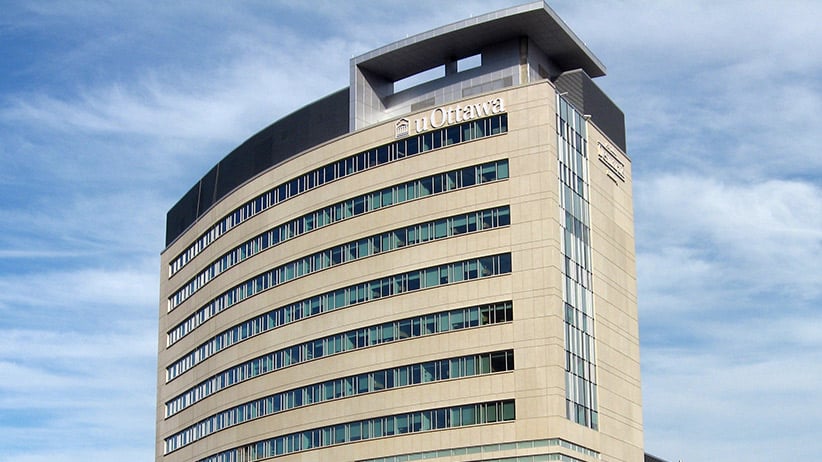 Desmarais Building at the University of Ottawa (Photograph by Padraic Ryan)

Students may think that not much happens when they complain about the quality of their teachers, but a couple of recent Ontario Human Rights Tribunal decisions show that universities and colleges do sometimes take action.

One such decision, dated May 9, dismissed the claim of Mokhtar Beldjehem, a Muslim from Algeria, that he was discriminated against by the University of Ottawa.

Beldjehem, hired in September 2011 to teach two courses on information technology, had 17 student complaints against him by the time he was terminated on Oct. 3. One of them, from a student who said that his accent was too strong to understand, was deemed racist by the adjudicator, but the rest were not. The complaints included that he sometimes failed to show up, started classes too late or too early, deviated from the syllabus and spoke too quietly to be understood. There were various attempts to resolve the issues but the school wasn’t willing to let him finish the term.

The claim of former Seneca College instructor Wasi Khan was similarly dismissed last July. Khan alleged that he was not rehired for contract teaching assignments in Seneca’s school of accounting and financial services in 2009 and 2010 because of age and gender discrimination. He provided data purporting to show that the new chair of the school preferred younger female candidates, but it wasn’t convincing considering that the average age of recent hires was close to his own and more males than females had been hired. He also claimed that the chair had made comments about how “younger, female teachers had no difficulty with accessing online materials.”

The new chair of the department offered another explanation. Seneca had hired Khan between 2001 and 2006. He went to Pakistan for two years and returned to teach in 2008. The chair (who had been hired that year) reviewed his file and discovered, she told the tribunal, that his resumé showed no business or accounting training (he has a Ph.D. in engineering), that student evaluations of his teaching were frequently below standard and that he had been accused of a questionable incident to which a former dean said he had admitted. A student assigned to collect paper teaching evaluations from the her classmates while Khan was not in the room alleged he had offered a higher mark on a test—in exchange for removing poor evaluations from the pile.