I chose the school that would take me

Writer Roy MacGregor on his days at Laurentian U. 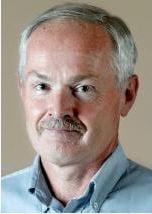 The 2013 Maclean’s University Rankings asked some of Canada’s most successful writers, politicians and scientists what they wish they’d known in university. Their answers are perfect additions to our First Year Survivor blog. Here, writer Roy MacGregor shares his antics and wisdom.

I attended Laurentian University in Sudbury, leaving a four-year honours program in political science after three years with a general B.A. I chose Laurentian because it would take me—a six-year high-school grad with a 66 per cent average. Also, a friend was going and he had a car. I honestly never expected to last beyond Christmas, let alone end up with a degree—failing Grade 12 with 33 per cent doesn’t instill a lot of confidence—but I can honestly say I found university far easier than high school. Soon enough I was in love with both Laurentian and the city of Sudbury. The North of this country is indeed magical, but the near North has its own magic as well.

It was 1967, a time of huge student unrest. In the U.S. they were marching against the Vietnam War. We held a massive student protest march in Sudbury. There were riot police out but we showed stunning solidarity, walking around the streets near city hall chanting “WE WANT A PUB! WE WANT A PUB!” as if it were the most important thing in the world. The ’60s didn’t reach Laurentian until the ’70s. But we loved our time there. Classes were small. The residences were like family. Professors were approachable.

I began working for the student newspaper, Lambda. I wrote a nasty article about one of the student politicians and received a death-threat phone call. My residence friends formed a security unit and would walk me to class in the middle of a scowling phalanx. Only weeks later did I find out the “threat” had come from one of my closest friends and the only person not in on the joke was me.

Thanks to the student newspaper, I discovered something that would turn into a career. I cannot recommend anything more to an aspiring journalist or writer than to spend time meeting deadlines and having to fit words to space and, perhaps most important of all, learning early how to handle feedback—both positive and negative. After Laurentian, I went off to study journalism at the University of Western Ontario.

What would I tell my 18-year-old self? Most people just said, “Get a haircut!” But I would tell him, “Play more college sports”—they were considered “out” at the time—“spend more time in the library and less time playing cards, and go to bed when you’ve had enough.”