I dropped out of McGill because of depression

Advice from a woman who couldn't find help on campus 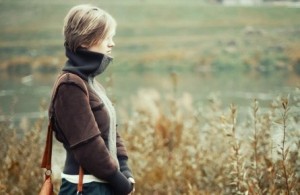 I dropped out of McGill University because of depression. It was the type that begins as a barely perceptible malaise but quickly penetrates your mind and renders you nearly unable to speak, think, or even walk. Perhaps the most common misunderstanding of depression is that it’s simply an overarching sadness permeating your positive thoughts. In its most serious form, the illness may actually leave you unable to feel anything—comfort or happiness, fear or rage. It wasn’t until I’d reached this level that I finally decided to take time off from my routine and accept help. If you find any aspect of this story relatable, I hope that you seek help immediately.

I vividly remember the first (and last) time I used McGill Mental Health Services. My parents had been asking me to get in touch with someone for months. I’d always responded to these requests by saying no, I wouldn’t see anyone because I was “fine” and “therapists are for people who need attention.” But after two years of growing increasingly despondent, I knew I had to do something. So I temporarily abandoned my mask of confidence and called.

To be guaranteed an appointment, even during summer vacation, I had to call a month in advance. I got a time slot and, a month later, made my first visit to the Brown building.

After I filled out a survey, the receptionist at the Mental Health desk directed me to the office of a triage therapist, where I was greeted with a flat, “Hello, please take a seat.” She asked me why I was there, and I couldn’t articulate further than that I was “unhappy.” She asked if I’d had interpersonal problems—friendship issues, family issues, issues with a significant other, etc. To all these prompts, I responded truthfully that no, I had none. At the conclusion of our ten minute long meeting, she informed me that no, I was “not depressed”, that there was nothing she or a therapist could do for me, and that I should go to the Career Planning Service and talk to someone there. This interaction deterred me from seeking further help, as I left McGill Mental Health that day convinced that nobody would ever understand my general discontentment with life.

When school started again in the fall, I began a pathetic attempt to feign mental and emotional stability. My friends and professors had no idea that I was having personal issues, because I appeared fine. I still went to parties, and talked with friends for hours. I even comforted a few people who might have been facing depression themselves but privately I was unraveling. I started to have outbursts of anger or sadness. The second I was alone, I’d cry almost uncontrollably. I had to leave classes to cry. I had to leave conferences to cry.

But I convinced myself that I could push through it and within a few weeks of the school year I started to have vivid suicidal thoughts. I didn’t think I’d ever act on them, but thoughts of ideation consumed hours of my day—how I might do it, what I would be wearing.  My mom started to call multiple times a day, just to make sure I’d pick up. I thought that I had to maintain a semblance of composure or face abandonment by friends. I began to make up excuses for leaving social gatherings. My grades plummeted. The depression grew progressively worse until one day I had to barricade myself in a closet until an overpowering wave of suicidal thoughts passed. Two days later, I walked out of my first final of the semester and with my last ounce of sanity withdrew from all my classes and left McGill.

Ignoring the first signs of depression is like ignoring a suspicious lump growing on your body. Like a tumor, depression, if left untreated, will wreak havoc on your health in virtually every respect. It will become more dangerous to you and perhaps those around you. It may well kill you. Last spring, if I hadn’t exercised an uncharacteristic level of restraint, I probably would have been a victim of depression myself.

McGill is struggling financially and McGill Mental Health Services are operating on a very limited budget. If students are guaranteed access to these services, I see no issue. The real problem with these services is that they’re incompatible with the needs of a deeply depressed person at almost every level. A triage therapist might misdiagnose you. They might see hundreds of students a week and be unconsciously eager to get you out of the office. Overcoming a bout of depression will take many appointments. It might take dozens of therapists until you even find one with whom you’re comfortable. If you’re feeling really low, you might not even have the energy or motivation to make an appointment. It’s incredibly difficult to address mental health issues at any large university, not just McGill.

As someone who’s cycled through many phases of depression, I want to give some advice. If you start to notice a negative change in your mood, go to McGill Mental Health immediately. Don’t write off uneasy feelings as nothing because you know yourself better than any triage therapist. If your negative moods begin to intensify, leave. Take a semester off. Take a year off. Transfer. Go back home or to wherever you feel safest. Reconnect with your family. Find a therapist you can talk to. If you’re willing, try antidepressants. But please, if you find yourself feeling progressively more numb or ‘empty,’ get as far away from school as you can. It might not be financially convenient, or fit with the career progression schedule you had planned, but your life is invaluable and you can always return.

I knew two people who decided to end their lives at McGill in the past year. Horrific doesn’t even begin to describe a suicide at 21 or 22. Although it may seem like a truism, life really is worth living, and things do get better. I had a tortuous couple years, but that’s not much time at all. I’m at a new university, I like what I’m studying, and I’m in a city that’s always been home to me. Although I’m certainly not ‘cured’ and my life’s far from perfect, I’m happy again. I couldn’t be any luckier that I decided to take time off of school. Be your own advocate – get help now.

Susannah Feinstein wrote this commentary for The McGill Daily.