I hate my summer job

The best part about a summer job isn’t making money to pay for textbooks. It’s the fact that by the end of the summer, you’ll absolutely know which jobs you don’t want later in life.

And after two months of summer vacation, I’m not sure which is worse: lawn mowing or babysitting.

When my parents put me in charge of my three younger brothers, it’s easy. If David won’t give Michael a turn on the Xbox 360, I don’t have to reason with him. I don’t have to bother with any of that ‘time-out’ fussiness. I just punch him in the gut and say, “It’s Michael’s turn. Get off.”

But when I’m babysitting other people’s kids? Suddenly I can’t operate an efficient dictatorship. There’s no gut punching allowed. And if I’m babysitting kids under the age of five, there’s no escaping the Eight Million Questions game.

“Why does the fridge make a humming noise?”

“Where was I before I was born?”

“Do hamsters get married?”

That’s the great thing about mowing lawns. When I’m cutting someone’s grass, I never have to worry about their five-year-old interrogating me.

Instead, I have to put up with their dogs.

The first time someone told me, “Don’t mind my kids, they just like to run around the backyard,” I assumed they were talking about, well, their kids. But apparently, some people consider furry, ball-licking, ass-sniffing animals to be their kids.

The friendly kids are the worst. 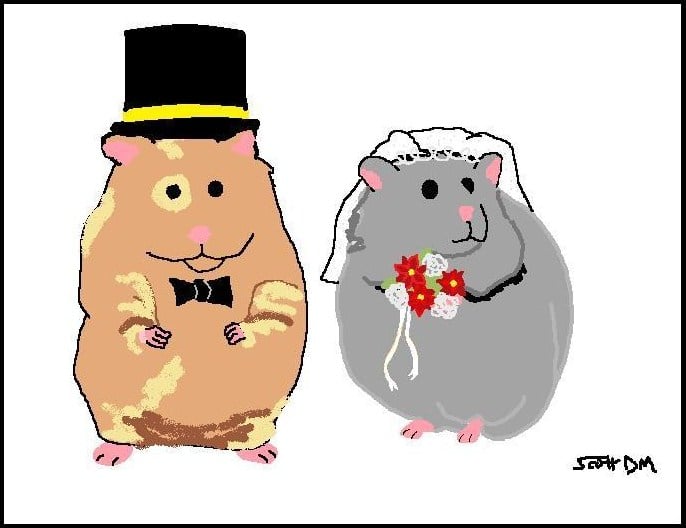