I was a plagiarist

The academy comes down too hard on honest mistakes 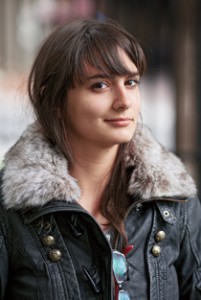 It’s fall, and over 800,000 undergraduate students have just begun classes at universities across Canada. In the next 12 months, 32 per cent are likely to binge drink and smoke marijuana, 14 per cent will probably drop out, and—to introduce a new scholastic rite of passage—more than 1,000 will be accused of plagiarism. Scores will be convicted, but there’s a good chance only a few will be guilty of anything more than oversight. I know this because I am a plagiarist.

I was accused in my third year at Dalhousie University (a mature plagiarist, they would say) by a creative-writing professor a few days before reading week: I had failed to attribute a philosophical term, “category mistake,” to the philosopher who first used it, an omission that put me in direct violation of Dalhousie’s academic dishonesty policy. In addition, I gave an example of the term that was nearly identical to the example used by its originator, Gilbert Ryle, in his 1949 book, The Concept of Mind. Here’s what I wrote: “Such a question is the stuff of a philosophical category mistake. For example, if a small child touring Halifax were to ask his mother and father ‘show me a university,’ the parents might take him on a tour of Dalhousie, showing him all the different faculty and athletic buildings, and confused, he would still ask, ‘show me a university,’ so the same concept applies to the question of film editing.”

I had assumed that Ryle’s phrase and its illustration had entered the academic vernacular, like Kant’s “categorical imperative.” I was wrong. I was also careless and ignorant. But I never thought I had done anything intentionally dishonest, let alone anything that could be called cheating. So how, then, could I have been charged with plagiarism?

The answer was simple. Honesty—or a lack thereof—has nothing to do with a large number of the errors that qualify as academic plagiarism in Canadian universities today. In fact, intent of any kind is often moot. “It doesn’t matter if you intend to plagiarize or not!” notes plagiarism.com (a website that converts academic dishonesty policies into plain English). “Ignorance is never an excuse.”

Except, of course, when it is. Or at least, when it should be. Plagiarism as defined by my alma mater is “the submission or presentation of the work of another as if it were one’s own.” In other words, plagiarism is meant to be an inherently moral error, not a technical one. It should be full of intent. But on university campuses today it’s morphed into a dishonesty policy that you can violate in an honest way. Which means it regularly paints honest (if careless or ignorant) people (like me) as dishonest ones, liars and cheats. When the world at large hears you’re a plagiarist, it doesn’t rush to the academic definition to verify it, it just assumes you’re a shady person. The fine print is forgotten. As American academic Stanley Fish wrote, “The rule that you not use words that were first uttered or written by another without due attribution is less like the rule against stealing, which is at least culturally universal, than it is like the rules of golf.” Technicalities are not commandments.

I’m not suggesting we throw academic standards to the dogs or that errors in citation should go unpunished; only that university officials stop weighing technical transgressions on the same scale as moral ones. That’s dishonest.

It’s also a waste of time. My hearing—for which I prepared a 700-word statement, met multiple times with a student advocate (law student), and spent my entire reading week worrying about—took all of two minutes. And they were a strange two minutes. It was as though everyone other than the professor knew I hadn’t done anything really wrong, but that some larger force (one academic integrity officer later referred to it as a “monolith”) was making them punish me in formal fashion. At one point I asked the dean, “Do you acknowledge that I’ve violated the dishonesty policy honestly?” “Yes,” he said, “but you’ve still violated it.” In the end it was determined that I would attend a 90-minute session on intellectual property, as well as fail the assignment (for which I’d already received a whopping 29 per cent). But at least I wasn’t marooned.

In the summer of 2008, 19-year-old college student Allison Routman was taking the University of Virginia’s “Semester at Sea” course on board a ship touring the Mediterranean, when she was convicted of plagiarism for allegedly copying fragments of three lines from Wikipedia describing the plot of a movie into her global studies essay. Trip administrators immediately expelled her from the program and abandoned her at the next port, where she ended up sleeping in the airport. The reason: the University of Virginia has one of the strictest plagiarism policies in the academic world, requiring students to sign an honour code pledging not to lie or cheat on their assignments.

But I ask you: which is less honourable—making a citational error in an essay, or marooning someone in a foreign country with nothing more than cab fare? Would you even do that to a real plagiarist? After all, as T.S. Eliot once said, “Mediocre writers borrow; great writers steal.” Or maybe it was Picasso, and he was talking about art.

Click here to read When professors plagiarize, a story by Charlie Gillis.