If the world ends next week, Chris Hadfield will live to tell the tale 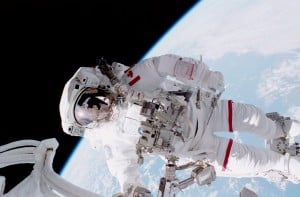 MONTREAL – If next week’s end of the Mayan calendar really does happen to mark the end of the world, look at the bright side: One of the few people to live beyond the apocalypse would be a Canadian.

Astronaut Chris Hadfield is about to leave on a lengthy space mission — and he’s set to skip the planet just in time for the decisive date.

Hadfield will blast off in a Russian space capsule next Wednesday and is scheduled to arrive at the International Space Station on the declared doomsday: Dec. 21.

In a telephone conference today call with Canadian reporters, Hadfield joked that he’ll have a place from which to witness the globe-stopping spectacle.

On a more serious note, the 53-year-old space veteran said people want to feel their time on Earth has mattered and they want their lives to be significant in history.

So, he said, what could possibly make time on Earth more significant for someone than if the world happened to end during their time?

The married father of three says that while his space-station visit probably won’t coincide with the end of the world — it will mark the end of a lifelong dream.

Hadfield is due to return to Earth in mid-May after leaving the planet for at least five months.

He will be travelling to the station with NASA astronaut Tom Marshburn and Russian cosmonaut Roman Romanenko, after blasting off from the Baikonur Cosmodrome in Kazakhstan.