I'm glad I didn't have that girl's parents 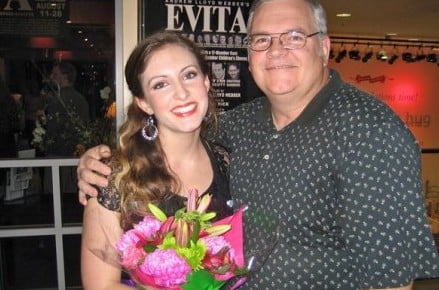 Despite my needle phobia and uneasiness in hospitals, my grandma always insisted on bringing me up to be a doctor. The first book she gave me was on the human anatomy and I regularly took field trips to the medical centre where my grandpa worked— regardless of my protests.

Thankfully, my mom didn’t force medicine down my throat or tell me to avoid journalism. The reason? My grandparents had hovered over her, which she didn’t much enjoy, and that meant a hands-off parenting approach for me. Hallelujah.

Aubrey Ireland, a University of Cincinnati Student, wasn’t so lucky. After her parents followed her on campus and tracked everything she did with specialized software, the 21-year-old music theatre student got a restraining order that prevents her parents from coming within 150 metres.

Unlike Ireland’s parents, my mom let me have my freedom. She handed me a glass of water when I came home hungover from drinking and let me dye my hair cotton candy colours. When the teenage angst stage hit, I wasn’t asked to tone down the black makeup or follow a curfew. My mom still worried about me, but she didn’t show it. “Just take things as they come,” she often says.

As soon as I’d pulled every stunt I could think of, around the age of 18, I calmed down. When things stop being forbidden, they lose their novelty, but the experience remains. Not only do these experiences make for great stories, but they’re also tattooed into your mind as a reminder of what you shouldn’t do—like that time when I was six and I checked if the iron was hot with my hand.

These experiences, some good and some not-so-good, let me get beat up by life. They also taught me to get up, punch back, and dodge any future blows.

My mom, being a free spirit and not a helicopter parent, also made me incredibly close to her. I knew I could go to her and get some advice without being judged or yelled at. Even now, grown up and no longer living under the same roof, our relationship continues to be strong.

The most astonishing thing is that despite the beliefs she grew up with, they were never shoved down my throat. My mom grew up in Soviet Ukraine and still holds some conservative values, but she never tried to force those on me. If she can do it, why can’t other parents?

Hands-on experiences are more memorable. It doesn’t make sense to follow your child’s every move or to force them into something they don’t like. It’s through these experiences we learn not only how the so-called real world works, but also exploration and curiosity. Sheltering kids from them means when they finally enter the unsupervised world, they will be a step behind those raised differently.

If my mom didn’t hand me water after a hangover, I wouldn’t know how to cure it. If she forced me to pursue medical school, I might be stuck in a profession I’d be miserable in, instead of doing what I love.  Sure, nobody wants to see their baby hurt, but if we don’t get hurt when we’re young, we will later. We don’t stay babies forever. That’s why I’m glad I didn’t have Aubrey Ireland’s parents.