In defense of courses with crazy titles 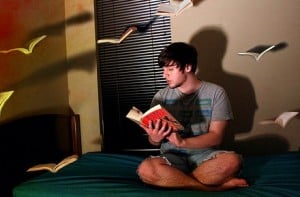 Is Harry Potter a bird course? Photo illustration by Casey David on Flickr

Piling on courses with offensive or trivial names has long been a pastime for those with plenty of time on their hands and not much sense of nuance. But the joke is old—and it needs to stop.

Case in point: Baylor later changed the official title of the offending course to something more generic. Meanwhile, it came out that the “course” in question was not a regular offering, but an independent study being pursued by a single student.

But the damage was done. The course title seemed to say it all—some Baylor prof was teaching students that homosexuality was the doorway to a life of self-abuse and self-destruction. Thinly-veiled homophobia, said critics, and just when we were starting to make progress against bullying…

Just one problem. While an overtly and deliberately anti-gay course would be cause for concern, we have no way of knowing whether that was remotely the way the course was being handled. All we had was a title—and you can’t learn much about a course from its title. For all we know, the course centered on negative media portrayals about homosexuality. Or perhaps the term “gateway drug” was meant more as an extended metaphor. Sadly, course instructor Martha Gault Sherman isn’t commenting (this blogger tried to reach her via email without success) so we won’t know for sure.

Yet the media continues to raise an eyebrow whenever a course ain’t highbrow. A course about Superhero science? Harry Potter? How dare they.

Just few days ago, a course about nightlife at Yale earned sneers from the Globe and Mail.

It even turns out that basket weaving—that great old standby of supposed bird courses—is still offered at UC San Diego. But without being in these courses, one can’t judge. That course in superhero science might actually be an innovative way of teaching physics. That Harry Potter course may be an insightful look into contemporary media, literature, and popular culture. The study of nightlife need not be just an excuse to party. And basket weaving at UC San Diego turns out to be a course at the craft centre, not part of an academic program. Even if it was, are you an expert in basket weaving? If not, how do you know there’s not a rigorous course to be taught?

Whatever the course, the same caveat should apply: you can’t judge the intellectual worth of a course by its title or even a brief description. The quality of the course depends on the knowledge, dedication, and integrity of the professor running it. A lackadaisical prof can offer a useless course in the most basic of subjects. A great prof can offer a fantastic course in the most bizarre.

Now, if you’ll excuse me, I have to get to work on my course in Detective Fiction—the section on Dexter is especially interesting.