Concordia’s new degree will be the first of its kind 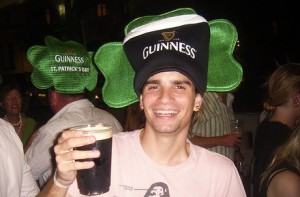 Only a tenth of Canada’s 4.4 million Canadians of Irish ancestry call Quebec home. And yet, it’s the epicentre of research on the Emerald Isle.

Concordia University’s School of Canadian Irish Studies—the only one of its kind in Canada—will have more than 700 students enrolled this fall, studying everything from the Great Famine to James Joyce. The first ever bachelor of arts in Canadian Irish studies will begin in January. “The success of Irish studies at Concordia is quite striking,” says Will Straw, director of the McGill Institute for the Study of Canada, “particularly since these kinds of ‘area’ studies programs are having difficulty in other universities.”

Interest in Ireland is especially high in Quebec, says Michael Kenneally, principal of the Concordia school. “Here in Quebec, if you’re interested in cultural nationalism, colonialism, post-imperial identities, partition and decolonization, rebellion and independence, Ireland is a case study for all of that.” And, he adds, “preserving the Irish language has a lot of resonance in Quebec.”

And, it seems, for the government of Jean Charest, who claims Irish ancestry through his late mother; it gave $2.5 mill­ion to the Canadian Irish Studies Foundation, which gives all of its money to Concordia. Brian Gallery, former Westmount mayor and chief fundraiser, helped add nearly $7 million to the foundation’s pot of gold.

While no one knows why exactly La Belle Province is so enthusiastic about Ireland, surely their shared history tells part of the story. Both Quebec and Ireland have had secession movements, a history of Catholic-Protestant tensions, and share the same former colonial master.