Is 'bookstore' a dated term? 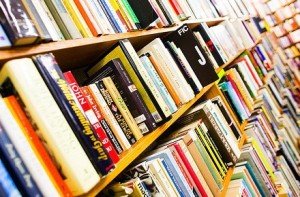 Does the word ‘bookstore’ hold much relevance in today’s Kindle age? The staff at UBC Bookstore aren’t so sure. In July, University Community Services proposed a name change for the campus store, recommending it be re-branded as ‘UBC Central’ in August. But the announcement was met with negative feedback from the university community and an online petition popped up to stop the name change from taking effect. As a result, the bookstore decided to postpone the decision and collect more input from staff and students.

According to UBC Bookstore’s website, the name ‘UBC Central’ would better reflect the operations of the store. “‘We simply need to communicate to new and existing customers that we provide many different products and services,” it says. “The traditional book industry is changing and we are adapting along with it. We need to communicate these changes.” The space currently accomodates events and student organizations, UBCcard operations, IT and other electronic services, along with selling books and course materials, as it has since 1917.

Kim Snowden, a Women’s and Gender Studies professor at UBC, started the online petition in response to the initial announcement, according to the Ubyssey. “By changing the name to UBC Central,” she writes in the petition, “UBC is effectively eliminating the presence of our campus bookstore and is contributing to the demise of bookstore culture in Vancouver in general [. . .] Changing the name is a mistake.” The petition currently has more than 840 signatures.

The bookstore will hold its next feedback open house on the proposed new name on August 11.