Is the block program too demanding?

Investigating why so many Quest students seek counselling 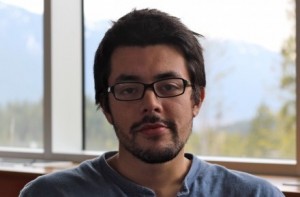 Jose Colorado at Quest U.

It’s 8:35 a.m. on January 24th. I have 25 minutes before class starts, but I already know this day will be a struggle. My eyes are worn out and my hair is greasy and unkempt. I haven’t slept right in nearly three days and I’m stressed. The lingering question reappears in my head. Is Quest University’s block program right for me?

Quest is a private, not-for-profit, liberal arts and sciences university located in Squamish, British Columbia and it is the only university in Canada entirely on a block program. That means classes are capped at 20 students and only one subject is taught at a time, every weekday for three hours over a three-and-a-half week period. Students are expected to complete around five hours of homework or research every day outside of class for a total of eight hours of work daily. Although many students are able to excel under the block plan’s intensity, others—like me—are thrown into a mental war of attrition, struggling to survive. This made me wonder: Is the mental toll worse at Quest than at traditional universities without block plans?

Last year, Quest’s Counselling Services studied the mental health impacts of the block plan. The report discussed 93 students who attended counselling services over the course of the year. That’s 27 per cent of the school’s tiny population—much higher than the roughly 10 per cent of students who visit counselling at traditional universities. For five of the eight blocks during Quest’s academic school year, more students visited the campus counselling services than the counsellor had scheduled time for. In September and January—when both terms were just beginning—the services were used the least, which suggested to me that perhaps students’ mental health struggles were connected to the amount of academic work.

David Helfand, president of Quest, taught astronomy at Columbia University for more than 30 years. He had a different view of the mental health effects of the block plan. He said it’s much more manageable for students because stress levels remain relatively constant throughout the three-and-a-half-week blocks, unlike traditional schools, which embody a “high stakes mentality” during exams that can create overexertion as students struggle to apportion their time to study for multiple exams.

Michael Allan, who majored in psychology and biology at the University of Victoria (U.Vic) and transferred to Quest University a year ago, concurred with Helfand’s assessment. His courses at U.Vic. would end all at once. “We obviously wanted to do well in them all but there just wasn’t enough time,” he says of himself and friends at U.Vic. “We were all making trade-offs and failing multiple courses,” he adds. “I definitely felt a bit of depression.”

There wasn’t much help. He doesn’t recall seeing any form of advertisement for mental health throughout his year-and-a-half at U.Vic., a school of 20,000 students.

That made me wonder: could mental health issues be more likely to go unnoticed at larger schools with higher student-to-faculty ratios?

Gurjit Cheema, a third-year student with dyslexia, is particularly thankful for the small student-to-faculty ratio at Quest. She says tutors (professors are called tutors at Quest) strive to maximize students’ capabilities while also watching out for mental strain. Cheema claims it’s not uncommon for tutors to scale back the workload should they feel the students are too “burnt out.” By this process, Quest students—including those with learning disabilities—are more at ease knowing their tutors empathize with their struggles.

The National Survey of Student Engagement (NSSE), filled out by students across North America, reflects that unique advantage. Quest has an astonishingly high level of student engagement and is ranked first across multiple categories, including Student-Faculty Interaction and Supportive Campus Environment.

So while the block program can send students like me into despair, the small class sizes and tight-knit community can empower students like Gurjit Cheema. It also sounds like I have access to more support than Allan found at a much larger school. The fact that 27 per cent of the student population attended counselling services may suggest there is less stigma about stress and mental illness at Quest compared to traditional universities, or more access to services, as opposed to there being more stress from the block program itself.

Knowing this helped me push through my own mental block to finish the semester.

Jose Colorado is a third-year student from Kitchener, Ont.