Is there a mental health crisis on campus?

There's "exponential growth" in demand, so why are diagnoses down? 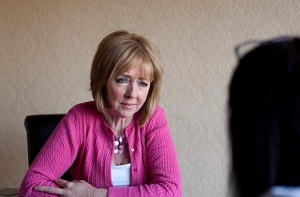 There are so many students seeking mental health services on North American campuses that a counselor at the University of Western Ontario (UWO) is describing it as a “mental health crisis.”

But are illnesses like depression and anxiety more common than they used to be, or is something else causing the surge in demand?

Gail Hutchinson, director of psychological services at UWO, told The Western News this week that there has been “exponential growth in the demand” for services on her campus. She says there has been a 20 per cent increase in the number of students asking to see a counselor in the past two years. Even after hiring another counselor, there is a waiting list of more than 100 students.

And Western isn’t alone in reporting explosive growth in demand for services. A new study from Pennsylvania State University found that one in four U.S. college students had tried to access mental health services on campus. You read that correctly — one in four.

But if demand for services is increasingly so quickly, why aren’t self-reported rates of mental health diagnoses going up? The National College Health Assessment, which has surveyed tens of thousands of North American students twice annually since 2000, shows that students aren’t any more depressed or suicidal than they used to be, although anxiety is up somewhat. Consider this:

And they are much more aware of mental health. In the 2005 NCHA survey, 11.7 per cent of students reported receiving information from their college or university on suicide prevention. Just five years later, 34.5 — or three times as many — said they had received such information. In 2010, 50 per cent of students said they had received information on depression from their school. In 2000, the NCHA didn’t even ask the question.