List about mindset of incoming class has a few mistakes 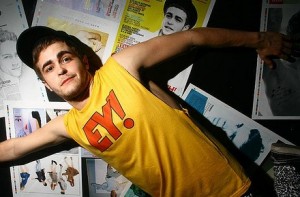 Beloit College has released its annual Mindset List. It’s supposed to provide professors with a window into the minds of their incoming class, so that they can avoid dated references.

But this year’s list, about those born in 1993, seems to show us more about what professors think the new generation is like, than what they’re actually like. I know — my younger brother is a 17-year-old first-year student. The list doesn’t reflect him or his friends very well at all.

Here are five items that show the Mindset List may be out of touch:

1. Ferris Bueller and Sloane Peterson could be their parents.
This seems to imply that kids these days don’t know John Hughes. In fact, the 2009 Canadian documentary Don’t You Forget About Me showed that Hughes classics — particularly Ferris Bueller’s Day Off — resonate with today’s teenagers as much as they did with the teens of 1986.

2. The only significant labor disputes in their lifetimes have been in major league sports.
It may be true that few teens were bothered by the recent Canada Post strike. But British Columbian teens will likely remember the two weeks they got off when their teachers struck in 2005. Others will recall when the cast of Jersey Shore picketed to increase their salaries from $10,000 per episode.

3. Dial-up is soooooooooo last century!
This seems to imply that young people in Canada have used dial-up. Most of them have not. Even for those a decade older (like me), the otherworldly buzz-and-whir of modems is a distant memory.

4. Their older siblings have told them about the days when Britney Spears, Justin Timberlake and Christina Aguilera were Mouseketeers.
As a 26-year-old older sibling, I myself was too young to enjoy The Mickey Mouse Club. However, I am old enough to remember when the dance moves in the video “Baby One More Time” were considered too risque for a 16-year-old Britney.

5. They pressured their parents to take them to Taco Bell or Burger King to get free pogs.
How could they have? It was 1994 when Canadian newspapers reported on the milk-cap flipping craze and the subsequent banning of them in schools. The Class of 2015 would have been in diapers and without the needed motor skills in 1994. Never mind the vocabulary to bug their parents.