Is your water fountain safe? 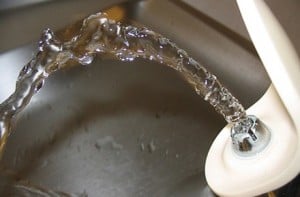 Even as universities across the country are banning bottled water, alarms are going off about the safety of the water coming out of drinking fountains at some Canadian campuses.

The student newspaper at St. Thomas University is reporting that eight drinking fountains at the small university are being shut down because of high levels of lead detected in the fountains. University officials were uncertain as to the exact source of the contamination, and vowed to replace the fountains with newer models equipped with filters to make the water safe.

According to the report, STU only looked into their fountains after recent tests at the University of New Brunswick showed unacceptable levels of lead in 18 per cent of fountains and sinks — along with others that were very close to the limits set out by Health Canada.  New fountains are on order there, too, according to The Brunswickan, coming in at a total cost of roughly $100,000 dollars for twenty fountains.

Why does this matter? Long-term exposure to small amounts of lead can harm the nervous system. According to Health Canada:“Recent scientific studies on lead show that adverse health effects are occurring at lower levels of exposure to lead than previously thought.”

Concerns over water quality at school drinking fountains are not new. A US investigation in 2009 turned up lead-contaminated drinking water at schools in every American state.  Some of the lead came from the school’s own well or local water supplies, while lead-soldered pipes were identified as culprits in other cases. In Canada, one study found that 27 per cent of “first draw” samples taken in Ontario schools had high levels of lead, and 9 per cent still had high levels even after the system was flushed.

How many more schools have contaminated water that is going undetected? Since STU only identified its problem after learning of the UNB case, universities across the country may need to begin more systematic monitoring of water quality. At present, Ontario is the only province that has legally mandated monitoring of school drinking water. Mandatory or not, universities should consider conducting tests of their own.