Israel-Palestine brouhaha at York rages on 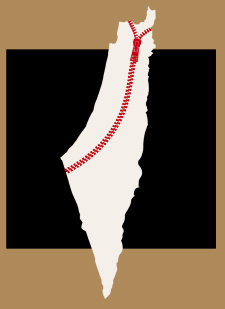 The lead up to a three-day conference, intended to discuss the possibilities for peace between Israel and Palestine, is proving to be anything but peaceful.

As of a few weeks ago, the Social Sciences and Humanities Research Council (SSHRC), in tandem with York and Queen’s University, was set to fully fund “Israel/Palestine: Mapping models of statehood and prospects for peace.” The mandate of the conference, which will run June 22 to 24, is to “explore which state models offer promising paths to resolving the Israeli-Palestinian conflict, respecting the rights to self-determination of both Israelis/Jews and Palestinians.”

But last week, in a furious press release, the Canadian Association of University Teachers demanded that  Gary Goodyear, the federal minister for science and technology, resign his position. The group alleged Goodyear had telephoned Chad Gaffield, president of the SSHRC, asking him to reconsider the peer-reviewed decision to fund the conference.

“It’s unprecedented for a minister – let alone a minister from the department that funds the granting councils – to intervene personally with a granting council president to suggest that he review funding for an academic conference,” said CAUT executive director James Turk.

“This kind of direct political interference in a funding decision made through an independent, peer-reviewed process is unacceptable and sets a very dangerous precedent.”

The next day, in an interview with The Record, Goodyear struck back at his critics.

“I have no intention of taking [their request that I resign] seriously,” he said, adding that he had received hundreds of e-mails from Jewish groups and individuals complaining about some of the speakers at the conference. He said he did call the SSHRC to ask for a funding review of the conference’s $19,700 grant because of “new information,” but denied he asked the council’s president, Chad Gaffield, to cancel the grant.

“There was the addition of speakers who are known to have an anti-Israel, anti-Semitic stands: is that still an academic forum? Or has it changed into something entirely different, something that would not quality for funding?”

As this public debate raged, SSHRC said it asked the conference organizers about any changes in programming that may had been made. The council was told that the lineup changes made since last November were “minor and that the aims of the event remain unchanged in their essence. ”

But on June 12 and 14 respectively, CAUT and the faculty of Osgoode law profs at York University sent separate open letters to Gaffield, SSHRC’s president, criticizing him for bowing to political pressure.

“Your action of requiring the conference organizers to immediately provide you with a list of all changes to their program since their grant was awarded violates SSHRC’s own policies and legitimates the Minister’s unprecedented and unacceptable political intervention in SSHRC’s peer-reviewed granting process,” wrote CAUT.

“When asked by the Minister to review SSHRC’s peer-reviewed approval of the York University conference, you should have pointed out to him that his request was inappropriate — that every minister before him had understood it was unacceptable to bring political pressures to bear on academic decision-making.”

“By intruding into the planning of an academic event after a funding decision has been made, SSHRC’s actions are likely to have a most unfortunate chilling effect on academics considering the exploration of controversial or unpopular topics,” seconded the York Osgood profs.

“In addition, by casting doubt on the integrity of its own procedures, SSHRC has empowered those who would devalue academic research and discourse by insisting that academic freedom be reserved only for those who happen to share their point of view.”

York, for its part, remained cautiously neutral in the matter. The school, according to multiple press releases, said it recognizes the freedom of independent scholars to organize conferences on matters of “legitimate academic inquiry” and that “it would be entirely inappropriate for the university administration to intervene in…the academic content of such events.” The school also made it very clear that, as far as it was concerned, academic freedom should not be a shield for racism and bigotry in any form, including anti-Semitism.

In the most recent volley, but assuredly not the last, Andrew Hunt, associate professor of history at the University of Waterloo, takes CAUT to task for asking Goodyear to resign.

“Whatever your feelings happen to be about the Palestinian-Israeli conflict — which is always a political minefield — Goodyear did the right thing when he asked for a review of the grant to determine whether the conference remains worthwhile,” wrote Hunt in The Guelph Mercury on June 13.

According to him, Goodyear’s request to the council was a reasonable reaction to citizens’ concerns, and CAUT’s call for him to resign was “irresponsible.”

“The call for Goodyear’s resignation makes academics look insular and arrogant,” wrote Hunt. “It creates the image of stuffy intellectuals who think they’re above everybody else and don’t have to account for how their money is being spent. In these troubled economic times, advocates of higher education cannot afford to maintain such a reputation.”

What do you think about this whole debacle? Let us know.