It's time to rethink student loans 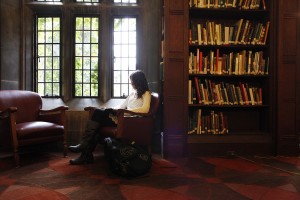 Sometime in the mid-1990s, when I was a doctoral student at the University of Waterloo, I ended up chatting with a couple of very energetic student advocates who stopped by my office. Waterloo was at that time going through some kind of vote regarding their student union and earnest activists were everywhere.

Then, as now, the topic of how to deal with rising tuition fees was in the air, and I noted that I had been intrigued by what was then commonly called “income-contingent” loan repayment. The basic idea was that you could borrow what you needed through the regular venues of student loans, but then when it came time to repay the loans, the rate at which you had to repay would depend on how much money you were making at the time.

For instance, if you graduated and couldn’t find a job, and had no income, you wouldn’t have to worry about repaying the loans until you had the means to do so. On the surface, at least, it sounds like a good idea, or, at the very least, an obvious improvement over the current system.

So I was a bit surprised that the energetic student activists in my office were dead-set against the idea. It would lead, he said, inevitably to higher tuitions. I saw his point. Those who set tuition fees could always argue that higher fees won’t hurt anyone since anyone who can’t pay will be given a temporary break.

A decade and a half later, the idea seems to be garnering renewed attention. No less a luminary than Bill Clinton mentioned it in his now-famous speech at the Democratic convention this year, and Glen Murray, a candidate for the Liberal Party leadership in Ontario, has recently proposed a similar idea with a slightly catchier name, “No Money Down” education.

The time to implement such a plan in Canada may finally have come.

The potential advantages of such a plan, if it were well-crafted, seem to me substantial. For one, student loan repayment would become infinitely less stressful for all affected graduates if they knew they were not going to be bankrupted by the payments should they be unable to find work or if they were to lose their jobs.

More importantly, it would allow graduates to consider post-graduate pathways that weren’t based on the bloodless calculus of loan repayment. That is, a graduate might be more likely to take a low-paying job at a not-for-profit doing vital work finding shelter for the poor, rather than a high-paying job doing useless work feathering the nests of the wealthy.

Most important of all, students would have more incentive to choose programs of study that they actually wanted, rather than choosing the path that will guarantee them a job so that they can pay back their loans. This latter pattern, of course, constitutes a pointless exercise in moving money around if ever there was one.

But what about the claim that income-contingent repayment could mean higher fees, the argument that today’s energetic student activists are still making.

My answer to them is simple. We haven’t had it before and fees have still skyrocketed. In other words, there are always reasons to justify financial moves whether it’s cutting programs or raising fees: there are fiscal realities, they say; or, since students are reaping the benefits of education, they should pay their own way.

In any case, the fact that the loans still have to be repaid eventually will still allow advocates for low tuition to make most of the same arguments as before. It’s still a good argument to point out that we shouldn’t burden people with unreasonable debt loads. And it’s still right to note that an educated populace benefits everyone, so everyone should pay a share.

Of course, in a perfect world, university education would be geared towards those big social benefits and would, accordingly, come at little cost to the student. And maybe one day we’ll get there. In the meantime, let’s find ways for students to make it easier to bear the costs they are being made to bear.