Australia has 14, Hong Kong has five 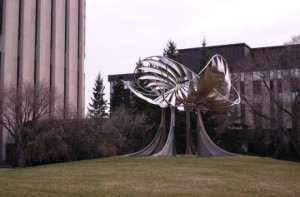 University of Calgary (By Kevin Saff/Flickr)

Earlier this week, QS released their first-ever Top 50 under 50 university rankings. They used the same criteria as they used for the Top 300, but only included universities founded in 1962 or later.

The point is to level the playing field for younger institutions that may lack big endowments, extensive alumni networks or prestige.

Now, Times Higher Education out of London, U.K. has released a similar list: the Top 100 under 50.

The University of Guelph shows up at #50 and Concordia University in Montreal is #91.

But that’s where it ends for Canada—just four universities. Much like on the QS Top 50, Canada has fewer young contenders per captia than the Asian Tigers (Hong Kong has four, Taiwan has five) and Australia, which has a smaller population but 14 universities on the list. The U.S. has eight.

There are other possible explanations too.

While it’s hard to say why Canada didn’t do better, it matters. Australia is a major competitor for international students. Rankings like these affect where the world’s best and brightest choose to study, spend money and, often, make their permanent home.