What students are talking about today (February 26th) 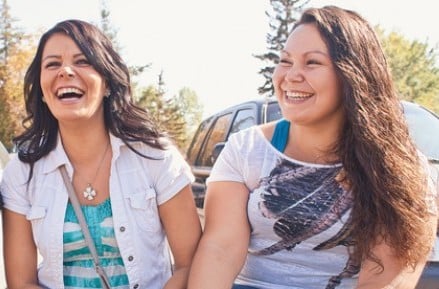 1. Lakehead University students say that the school’s decision to change a course that will be offered in the new law program will water down the Aboriginal Studies component, reports CBC News. Lee Stuesser, the law school’s dean, says it will still address First Nations issues and that one reason for the change is that past Ontario law deans have raised concerns about non-law courses taught in law schools. “I felt the best thing to do was to make it a law course because my experience over the years has been that law students like law courses, and if they perceive something’s not a law course, then there’s a large measure of dissatisfaction,” he told CBC. Coincidentally, a new report from Frank Iacobucci, a former justice of the Supreme Court of Canada, says this country needs to urgently address the crisis of Aboriginal under-representation on juries. While on the topic of legal education, Memorial University of Newfoundland has announced it’s exploring the feasibility of a law school in St. John’s.

2. It’s the time of year when students get summer job interviews and The Weal at SAIT has sought professional advice on what to wear. Jan Wagner, a stylist from Let Me Help You, told the student paper that interviewees don’t always need to invest in pricy suits. What matters is tailoring the wardrobe to the company, which requires researching its dress code. “Make sure your look matches the job you’re going for. There’s no set formula for what professional clothes look like anymore, and it all depends on your job and situation,” she told The Weal. Travis Ouchi, an employment specialist from SAIT, advised dressing “a level above what most people at the company wear,” which would also require scoping out current employees. Read the article here.

3. There’s not much of a Maple Spring so far. Only two people were arrested Monday evening in downtown Montreal at an illegal demonstration against the education summit where Quebec premier Pauline Marois has proposed raising tuition by about $70 per year. The two who were charged are accused of armed assault of a police officer, according to The Montreal Gazette. Up to 1,500 showed up to Monday’s march, which the Gazette calls “a warm-up” to Tuesday’s planned protest by the Association pour une solidarité syndicate étudiante (ASSÉ), the more radical student association behind last year’s “strikes.” ASSÉ did not attend the summit because their goal of free tuition is not on the table.

4. Ontario’s provincial Tories are citing a spending scandal at McMaster University as a reason to consider ending mandatory student union membership at colleges and universities, reports The Hamilton Spectator. The McMaster Association of Part-time Students has faced scrutiny in recent months over the hundreds of thousands in salary payments it secretly gave executives. Students deserve the chance to opt out when they feel their money is being misused, according to the recent Progressive Conservative policy paper. Brad Duguid, the new Liberal Minister of Training, Colleges and Universities, said he isn’t planning on “imposing the provincial will” on student governments. NDP post-secondary critic Teresa Armstrong also opposed the idea.

5. Landen Gambill, a student at the University of North Carolina at Chapel Hill, has been charged with a violation of the campus Honor Code after reporting rape by a former boyfriend, according to Inside Higher Education. The student-administered code prohibits disruptive or intimidating behavior that willfully abuses, disparages, or otherwise interferes with another student. She was found guilty under the code after filing a complaint with the U.S. Education Department over the school’s handling of her case and speaking out about the experience, although she did not publicly name the ex. The man involved, also a student, wasn’t punished under the code due to lack of evidence. Twitter users offered support on Monday with the hashtag #StandWithLanden.