What students are talking about today (April 11th) 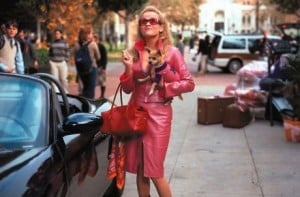 1. Legally Blonde, the film starring Reese Withersoon as a California girl who conquers Harvard Law School, is now officially a classic. Most of today’s undergraduates would have been too young to watch it back in 2001, but they’ve apparently downloaded it somewhere. This spring there have been successful stage productions on campuses from Trent University to Western University. The Neptune Theatre in Halifax is staging it from now until May 26th. Saint Mary’s University’s Journal gives it a good review.

2. This week may be the last chance students get to gather and protest recent provincial budget cuts to universities before they disperse for the summer. Approximately 300 people marched on the Alberta legislature on Wednesday to protest a 7.3 per cent cut there, reports The Edmonton Journal. Students also protested on the other side of the country in St. John’s, Newfoundland, reports The Telegram.

3. Dr. Donna Cave, Director of Wellness Services at the University of Alberta, has a weekly advice column for readers of The Gateway student newspaper. I suggest checking it out this week’s submission. She offers scientifically sound (and hilarious) advice for acing your exams. In case you don’t have time to read it, here’s a summary. As little as 20 minutes of exercise daily reduces anxiety and depression, so hit the gym. Sleep deprivation can cause as much impairment as being drunk, so avoid the all-nighters. Oh, and eat properly or your brain won’t work so good.

4. A new Mexican Barbie has offended some Latin American professors in the U.S. She’s “dressed for a fabulous fiesta in her vibrant pink dress with ruffles, lace and brightly coloured ribbon accent,” according to toymaker Mattel. The pet Chihuhua—and passport—are also raising eyebrows. Jason Ruiz, an American studies professor at Notre Dame University, told ABC that passports are a point of “great sensitivity for people of Mexican origin, especially Mexican immigrants.”

5. Medical students at the University of Alberta have released a Disney-themed musical video—not a Lip Dub but something original that they actually wrote and performed. With their notorious workload, it’s amazing they found the time. Then again, there’s a reason they got in. Check it out: