Life lessons for Generation ‘Why’

New book teaches Millennials how to be grown-ups 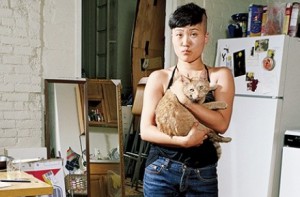 The news has two objectives: to report what’s just happened and to rehash, in the most sensational terms, what is apparently always happening. There’s the obesity beat, the what-gives-you-cancer beat, the housing-crash beat, and the most constant of these constants: the everyone-under-30-is-lazy-entitled-and-doomed-to-fail beat. Some recent highlights: “Generation Y struggling to start their adult lives”; “Study claims Generation Y more materialistic, less willing to work” and “Are Millennials the screwed generation?” We either can’t get jobs or can’t appreciate the jobs we have. We’re not even thinking about getting married yet, we walk through traffic with our eyes fixed to our phones and, to top it off, we can’t even cook a decent roast: according to Australia’s McCrindle Research, “only 51 per cent of women aged under 30 can cook a roast compared with 82 per cent of Baby Boomers.” We are also useless at gardening: “Only 23 per cent [of Millennial women] can grow a plant from a cutting when 78 per cent of older women say this is a breeze.”

To the rescue of this so-called lost generation comes 28-year-old American blogger and former newspaper columnist Kelly Williams Brown, who has written a book called Adulting, How to Become a Grown-up in 468 Easy(ish) Steps. It’s the first book of its kind—a guide for Millennials who are oblivious to all things seemingly adult: the young professional whose parents still pay her cellphone bill; the med student who spends his student-loan money on a trip to Tijuana; and the Maclean’s magazine columnist who, until very recently, thought that Warren Buffett sang Margaritaville, and had to ask her boss for instructions on how to write a cheque.

In the words of Williams Brown: “What’s that, you say? You’re a colossal sham who will never have your life in order? One who eats microwave taquitos in lieu of breakfast? One whose actions do not reflect the fact that, chronologically, you are absolutely, completely, and undeniably an adult? Yes. Of course you think that. Everyone does.”

What follows is a series of irreverent dos and don’ts: some practical (always buy toilet paper in bulk), others profound (the world is largely indifferent to your suffering). There’s a sizable chunk devoted to the perils of office culture—what not to wear to work (leggings should not “usurp the rightful place of pants”), how to keep your job (“be prepared to do the worst, dullest assignments as an intern/new hire [and] do them cheerfully”).

The most useful element in Williams Brown’s book, however, isn’t a particular piece of advice, but the general tone. It’s by a Millennial, for a Millennial audience and—unlike literally everything else written about Generation Y—it is optimistic. Sure, coming of age when you are already technically of age is challenging and embarrassing but, she writes, “There is not one adult on this Earth who has not felt the deep, unsettling feeling that their life is wobbly and unmanageable, no matter how diligently they sort the recycling and iron their sensible slacks.” (Looking at you, Boomers).

Williams Brown said she decided to write Adulting after a friend suggested she write a book about relationship advice. She mulled it over and came to the conclusion that she was in no position to give advice about anything. “My mind immediately flashed to the disgusting mess that is my refrigerator crisper drawer and the fact that all my clothes are in little haystacks around my house,” she says. “Or the fact that I don’t know how to ask for a raise at work or cook a chicken breast.” She decided to find out and, eventually, Adulting was born. “Berating yourself for things you can’t do and the fact that you can’t do them—that’s a useless emotion,” she says. Adulting is, in its own hipster-ish, self-conscious way, a piece of motivational literature.

And it comes at an opportune time.

As much as we may hate to admit it, the Boomers are right. We are kind of screwed. Fewer than half of young workers pay their monthly bills on time, one-third can’t pay their bills at all and seven in 10 don’t have enough savings to cover two months of living expenses. According to a recent study by the Toronto-Dominion Bank, 43 per cent of Canadian parents with adult children out of school say they let their kids live at home rent-free, and 23 per cent say they help out with their kids’ groceries and rent. The reasons for our misfortune are as diverse as they are expansive. Some blame Generation Y itself. Some Baby Boomers blame their own coddling parenting style. But Williams Brown doesn’t blame anyone. Adulting isn’t an indictment; it’s a solution—which makes perfect sense. As a respectable adult named Francis Bacon once said, “Young people are fitter to invent than to judge; fitter for execution than for counsel; and more fit for new projects than for settled business.”