We all want to make a difference, right? Serve as society’s watchdog through the employment (oops, poor word choice) of fair, balanced and honest reporting. So what happens when there’s nothing to watch? We make it up, of course!

The Saint John Telegraph-Journal issued a front-page apology yesterday for their July 8 story claiming that Prime Minister Stephen Harper pocketed a communion wafer at the funeral of former governor general Romeo LeBlanc. The incident, affectionately named “Wafergate,” was acknowledged to be a complete fabrication.

Excerpts of the apology are as follows:

“The Telegraph-Journal sincerely apologizes to the prime minister for the harm that this inaccurate story has caused.”

“Our reporters Rob Linke and Adam Huras, who wrote the story reporting on the funeral, did not include these statements in the version of the story that they wrote. In the editing process, these statements were added without the knowledge of the reporters and without any credible support for them.”

So, kids, if you want to be a journalist, (or, more specifically, an editor) start by reading Stalinist-era back issues of Pravda, paying special attention to the 1953 Doctors’ Plot. Eliminate copy editing positions and instead invest in ministers of public enlightenment and propaganda. Keep a watchful eye, a sharp pencil and remember: sex and sensationalism always sells.

The first study regarding the dangers of texting and driving was just conducted. Hurray!

In a revolutionary breakthrough (I’m thinking man-on-the-moon-type miraculousness) it was found that drivers who text are 23 times for likely to get in an accident. Pioneers at the Virginia Tech Transportation Institute compiled the data, which included 18 months of video surveillance of long-haul trucks.

Next up, a $5 million study to investigate the correlation between collision rates and driving with your eyes closed, and another analyzing which type of soda best fits most automobile cup holders. Boy, we sure do live in an exciting time!

So to all you math majors: look alive during your related rates lecture, and try to stick with it through analytical geometry. You, too, could soon play a role in these momentous statistical achievements. 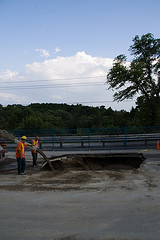 The public health pros are clearly taking some spending advice from their chums at Virginia Tech. A study published in the Journal of Public Health reveals that the many consumers believe that cigarette packages that bear the words “filter” or “smooth” contain less harmful cigarettes than those packages that do not. (Same goes for cigarette packages in lighter colours.) Seventy-five per cent of respondents believed that cigarettes in packages printed with a charcoal filter posed less health risks than those without the illustration.

Other than demoralizing public health officials’ opinion of the general public, this study has prompted some to advocate the implementation of plain, standardized packaging for all cigarette brands. Apparently, public health financial resources are best used to study smokers and play around with Adobe Photoshop; actually helping people quit is clearly just a bunch of “hot air.”  Researchers’ subsequent tobacco-related plans include actually giving individual smokers $5 bills from which to light their cigarettes. So, if you’re studying public health, make sure your cheque-writing skills are in order and familiarize yourself with the latest Adobe Creative Suite updates.

Keep reading the news to see just how far you can go.

– photos by Pa1nt and Tom Cochrane