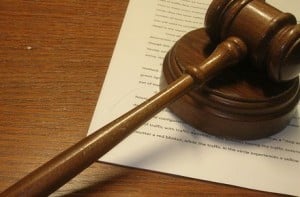 Gábor Lukács’s case against the University of Manitoba has been dismissed. The mathematics professor took his school to court over the awarding of a PhD to a student who had failed a required exam. The court has ruled that Lukács does not have legal standing in the case.

The ruling, which suggests that professors have few options when it comes to challenging decisions made by deans, is a setback to those fighting for academic integrity in Canada.

Lukács made national news when he challenged the U of M for awarding a PhD to a student who had failed a comprehensive exam and, it later turned out, had not completed all the required coursework. Normally, such a student would have had to leave the program, but because the student later produced documentation related to “exam anxiety” the normal requirements for the degree were waived and the student graduated — despite the concerns that had been raised.

I have been critical of the university since the news of the case broke last year, and repeatedly found their arguments in their own defence to be unconvincing. More importantly, though, the Lukács case demonstrates the extent to which professors at Canadian universities are remarkably powerless to defend the academic principles we need them to defend.

In this case, the dean made a decision to award a degree to a student who, by all accounts, including those of the university’s own spokespeople and the judge in the court case, had not met the ordinary requirements set out in the university’s regulations. No one unfamiliar with the details of the situation could object that the university had gone too far, because they didn’t know the details. Anyone who did know what was going on couldn’t say anything about it because the university considers that a violation of the student’s right to privacy.

And if a morally courageous professor complains anyway, as Lukács did, the university can invoke its confidentiality policies and suspend him without pay, in essence imposing a massive fine. If he tries to fight in court, he’s told it’s none of his business. In short, if a professor believes a degree has been unjustly awarded, there’s not much he can do about it.

All of this matters immensely because if professors can’t fight for academic integrity when they disagree with a dean or other administrator, who’s left to do it? There are still some white hats in the stables of university leadership, to be sure, but administrators are increasingly corporate-style executives whose attention tends to focus more and more heavily on things like fiscal management and branding. Students, some of whom may care, come and go over just a few years and neither see the big problems nor have time to fight the big fights.

Professors, for the most part, still care deeply about profound intellectual values. They couldn’t have come this far if they didn’t. But when administrators make academic decisions despite the judgements of the scholars closest to students, and when they can hide behind confidentiality policies and legal maneuverings, the future of academic integrity in this country does not look bright.