Majority of Canadians aged 20 to 29 live with parents 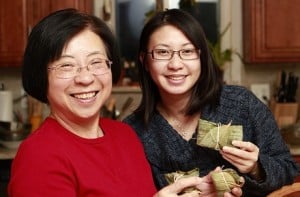 But just because they’re living at home doesn’t mean they’re playing video games all day. Roughly the same number do paid work (47 per cent) as the Boomers did in 1986 (51 per cent).

That said, far fewer are doing the unpaid work of raising a child. In 1986, nearly a third (29 per cent) of Boomers had children. Only 19 per cent of Gen Y twenty-somethings had kids in 2010.