Research could have implications for autism 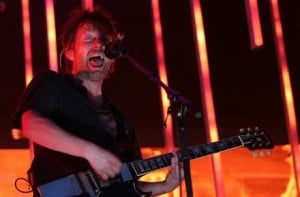 If raw, unbridled emotion is behind some of the world’s best music, then researchers may be on to something with a musical performance drawn directly from nerve activity in the brain.

An artist at Montreal’s Concordia University and a neuroscientist in Australia have collaborated on a project that records emotional response in the body and turns it into music.

Vaughan Macefield, a professor at the University of Western Sydney, came up with a way to measure nerve activity through a single neuron, painting an electronic picture of a person’s emotions.

His research team injects a very fine microelectrode needle into a peripheral nerve in the body that allows researchers to record electrical signals emitted from the brain. Blood flow, heart rate, sweat release and respiration levels are also recorded.

“Of course we are not the first to have thought of this, but this is the first attempt to use direct recordings of sympathetic nerve activity,” Macefield said in an email.

These signals are compiled as data — and sent by email to Montreal as a raw collection of numbers.

That’s where the art comes in.

Erin Gee, a master’s student in fine arts at Concordia, is creating a computerized system that uses experimental musical instruments to turn the numbers into music.

The software converts the data into a chorus of bells, producing music literally composed by feelings.

“What’s unique to this project is that it’s all about bodies,” Gee said in an interview.

“It takes these tiny bodily physical performances that happen when one is emotional and transfers these tiny beating hearts and fluctuations in breathing and nerve activity — and amplifies it through technology.”

Gee has already done a trial run using her own emotional measurements.

Played over the phone, it sounded like a choppy series of church bells. It wasn’t quite Mozart — there wasn’t even a clear melody to the rhythmic chiming — but it did successfully reflect the anxiety she felt from having a needle tapped into her nerve.

She wants to create a symphony of bells played by tiny robotic machines that reflects the emotions experienced by a group of performers in real time.

“The idea is that it’s going to be a live show, featuring live subjects,” she said.

A performance is planned for next fall in Montreal.

Method actors — trained to feel emotion on demand — will be attached to sensors that monitor their bodies’ reactions.

On stage, the actors will perform a score that will require them to summon a broad range of feelings.

Individuals with autism, for example, often struggle to understand the emotions of others. Gee’s robotic technology could be used to teach them how to identify feelings, Macefield said.

“We know that our emotions are the product of the physiological responses our bodies produce,” Macefield said.

“So… it may be possible to use these amplified responses to train autistic children to recognize emotions.”

More broadly, Macefield said the project hints at the profound connection between music, emotion, and the human body.

“It tells us that our emotional selves are the products of our physiological responses, and that our bodies possess intrinsic rhythms, each at different frequencies, that can be utilized to generate music,” he said.

“Perhaps some of our appreciation of music is related to the fact that some of the musical rhythms do fit our own physiological rhythms.”