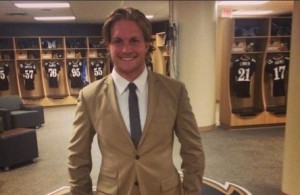 When students at the University of Manitoba got their Students’ Union agendas this fall, missing were the pages dedicated to the Canadian Federation of Students and its Manitoba branch, lobbying groups all students at the Winnipeg school pay mandatory fees to each year.

Al Turnbull, UMSU’s new football-playing president, says his executive ripped the CFS material out of every single book by hand as a political protest, “to try and send a message to the national and provincial components [of CFS] that what they’re doing isn’t right.”

Turnbull is angry that, in the final days of previous president Bilan Arte’s term, UMSU contracted with the CFS to produce agendas for $60,000. Not only did Turnbull see that as too high a price but he thought the decision should have been left to the new executive, as it was the year before. He also says it was wrong for Arte to sign because, after losing the UMSU election to him, she ran for and won the chair seat of CFS Manitoba.

Turnbull says he was proven right about the agenda’s price when a request for proposals brought forward a bid of roughly $42,000 for a similar product. However, he couldn’t purchase those instead because a clause in the CFS contract prevented cancelling without incurring full costs. 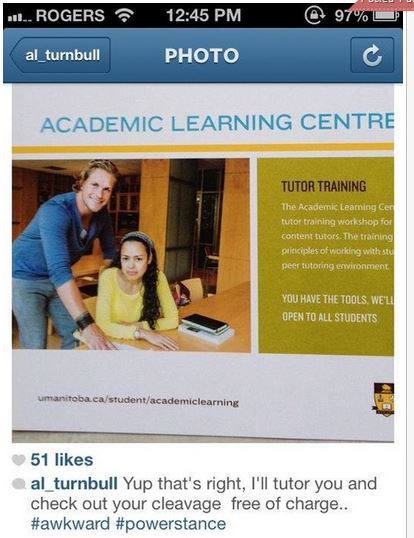 After posting on Facebook about his frustration last week, the link to a Tumblr page started circulating on Facebook walls. The blog shows two Instagram posts, both from Turnbull, which he says were made more than a year ago. One is of a woman holding a baby with the words, “WOW, I get to give birth AND change diapers!” to which Turnbull added, “You’re damn right.” Another shows him leaning over a female student’s shoulder in a photo for a piece of university promotional material that says, “Yup, that’s right, I’ll tutor you and check out your cleavage free of charge.” Turnbull says the posts were deleted many months ago. After all, shortly after he won the presidency in March, an old photo circulated showing him wearing a shirt that said, “Cool story babe. Now go make me a sandwich,” prompting an apology.

He’s apologizing again, but calls the Tumblr blog a smear campaign. “This looks like a big smokescreen, a massive red herring to divert students from the real issue, which is the fact that $18,000 in student fees were allocated to a contract and a service of the CFS that could be done considerably cheaper here in Manitoba.” 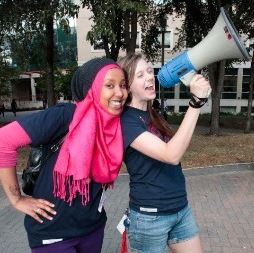 Arte, the CFS-Manitoba chair, refused a phone interview Monday but answered some questions through e-mail. She writes that she has no idea who created the Tumblr page and that Turnbull’s comments show the need for equity campaigns. “We still need to fight against misogyny and discrimination in our communities because people continue to feel empowered to make comments like these and treat these issues as jokes,” she writes.

As for UMSU ripping CFS materials from the agenda, she calls it “disappointing,” adding that the handbooks are “ethically and sustainably made,” and “make money.”

Why did her executive tie Turnbull’s team into the contract? “The size of the entire project means that deadlines for ordering must be in the spring and are often before the local students’ union executive switches over. Production on the books was already well under way when the new Directors began their term,” she writes, adding that CFS Services, which sourced the agendas, put out its own request for proposals.

The tension between the student union and the CFS won’t likely end soon. Turnbull’s executive has created a committee to look into whether it’s worth sticking with the federation or trying to leave. He points out however, that if they chose to end ties with CFS, getting out might not be easy.