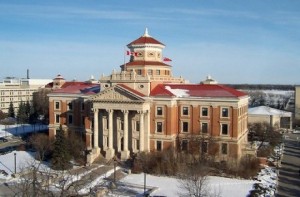 Starting next April, foreign students attending high schools or post-secondary schools in Manitoba will get free health care coverage for themselves and their dependents, reports the Winnipeg Sun. That will save them roughly $400 each annually on private health insurance.

But the Canadian Taxpayer Federation’s Manitoba director says it’s “madness” for the province to pick up the tab, citing a growing provincial debt.

A spokesperson for the Ministry of Health defended the decision, saying that providing free health care to the province’s 3,200 international students and their families will give Manitoba a competitive advantage in recruiting more students, who may eventually settle in the province. The official did not provide an estimate of how much the program will cost, but suggested it will be minimal because most students are young and healthy.