TheoryMine takes about a week to discover a new theorem 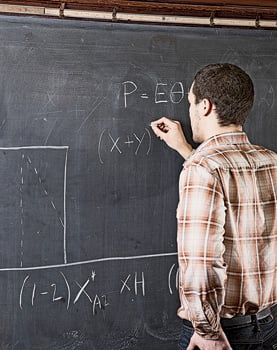 Those who’ve dreamed of being the next Pythagoras, but maybe aren’t so good at math, can now buy a theorem bearing their name: TheoryMine, a company based in Edinburgh, Scotland, is selling the naming rights to theorems (proven mathematical formulas) generated by software that can churn out an endless number of them. TheoryMine takes about a week to discover a new theorem, says Lucas Dixon, 31, director of software development. For £15 (about $24), customers get a certificate with their theorem.

So far, most customers are naming their theorems after individuals, although “we’re getting some fun ones, like the ‘Hairy Caterpillar theorem,’ ” Dixon says. It’s unlikely any will prove as useful as the Pythagorean theorem. “Most of the things that come out are not deep mathematical results,” he says. Still, “we’re guessing it might be a fun geek present.” The company just started in November, and it’s already sold over 700.