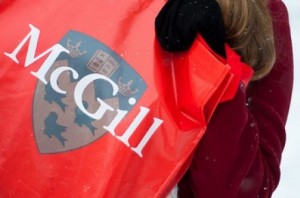 The union representing striking support staff workers at McGill University has filed a report with the Quebec Labour Board alleging that the university is using illegal replacement workers, reports Canadian Labour Reporter.

The report followed an investigation by the Quebec Ministry of Labour that found 15 of the 110 workers filling in for striking staff were not managers or otherwise eligible replacements.

Michael Di Grappa, vice-principal of administration and finance for the university, disputes the accusation. “All the contingency actions taken to keep the university operating in its core mission of teaching and research during the MUNACA strike are fully within the law,” he said.

Meanwhile, the university has obtained an injunction to force McGill University Non-Academic Certified Association (MUNACA) workers to reduce the size and volume of picket lines in order to allow more access to the school, at least until a hearing on Oct. 3.

Di Grappa told the Montreal Gazette that the school asked for the injunction because of concerns that students were forced off sidewalks by picketers and that the delivery of perishable research items had been impeded.

MUNACA went on strike since Sept. 1. and is seeking what they call “a proper wage scale.”