Patients could receive blood transfusions from a patch of skin 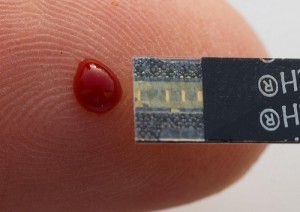 According to a news release from McMaster, a team of researchers lead by Mick Bhatia, scientific director of McMaster’s Stem Cell and Cancer Research Institute in the Michael G. DeGroote School of Medicine, have found a way to convert skin cells to blood cells, apparently using a procedure that doesn’t require the “middle step” of first changing the skin cell into a pluripotent stem cell. This skin-to-blood conversion has been performed using skin from old and young people.

This breakthrough, which was published in Nature yesterday, means that in the near future patients could possibly receive blood transfusions from a patch of their own skin.

“We have shown this works using human skin. We know how it works and believe we can even improve on the process,” said Bhatia, in the McMaster news release. “We’ll now go on to work on developing other types of human cell types from skin, as we already have encouraging evidence.”

In an interview with the Hamilton Spectator, Bhatia said that clinical trials could begin as early as 2012.