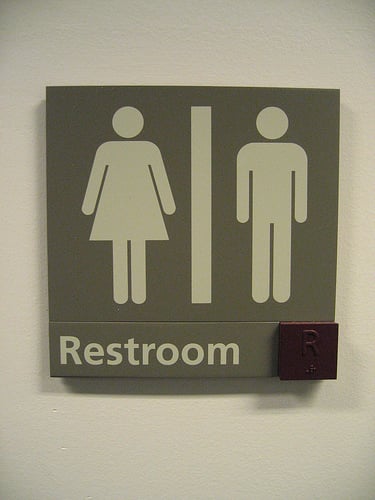 One of Canada’s most recognizable publications for gay and lesbian news has raised the question of whether new motion detectors at the University of Western Ontario have been installed to clamp down on gay sex.

Xtra! released a story last week probing the motive behind installing motion sensors in washrooms at Western’s Thames Hall. According to the article, Western’s campus police, who wouldn’t respond to Xtra!’s interview requests, had the motion detectors installed in Thames Hall washrooms, allegedly to curb gay sex. The article cites anecdotal evidence from an anonymous source at the university, who says he was questioned by campus police about gay sex happening in mens washrooms. “The man said he told officers there was plenty of sex happening in public spaces among the heterosexual students as well,” the article reads, but “the police did not seem interested in this fact.”

A case of bigoted campus police trying to snuff homosexual ongoings in public places on campus? It’s not entirely impossible. But other than our mystery UWO worker’s account of police prejudice, there’s little to suggest that police are trying to single out homosexual sex in public places on campus. As any university student can (unfortunately) attest, public washrooms are, for some reason, a curious hotspot for campus diddling. So, unless Thames Hall motion detectors are equipped with some sort of wicked-revolutionary ‘gaydar,’ these extra security measures are likely to curtail anyone and everyone thinking of getting naughty in the public stalls.

Perhaps cracking down on sex in public places could be conceived as a deliberate attempt to curb gay sex on campus if you consider the idea that a public washroom can be a relatively “safe space” for a closeted student. Since it’s hard to engage in any sort of dorm room romp without your floormates or roommate noticing, a public bathroom, therefore,  can offer a discreet alternative. The option may be all the more appealing when considering the type of bullying to which gay students may be subject on campus, a problem which has gained media attention recently due to the string of suicides by gay youth in the U.S. The tragic case of Rutgers student Tyler Clementi, who was recorded having sex with a man by his roommate in the dorm they shared, is just one example. Why risk public ridicule in the dorm, some students may think, when you can opt for the relative privacy of a public bathroom?

Of course, it’s all but mere speculation, but the idea that UWO campus police are deliberately trying to curb gay sex in public places is still a far-fetched one.  The bottom line is that the new security measures in Thames Hall washrooms effect everyone equally, regardless of police motives. Without any evidence, fishing for proof of a culture of intolerance only serves to create one.