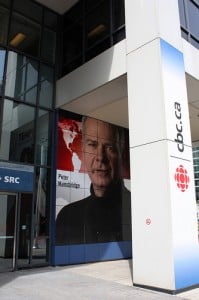 My roommate joked with her friend today about how they wished they were back graduating at Mount Allison University this school year. While I’m sure the small Sackville, N.B. school has its fair share of nostalgic charm, I wasn’t sure what would cause two professionals to want to return to their alma mater.

Graduating students at Mt. A will bow before Mansbridge to receive their diplomas next May, CBC News and Mount Allison reported Nov. 9.

According to a press release from the university, Mansbridge’s appointment was endorsed by the school’s Board of Regents.

Mansbridge’s duties as chancellor, as with at most Canadian universities, is to preside over convocations and act as the public face of the school.

Mt. Allison president Robert Campbell said in the release: “It will be wonderful to have a national figure with his public stature help take the University’s message of excellence to an even wider audience.”

Though Mansbridge is in the homes of Canadians across the country, it is left to be seen how he will fulfill his role of public outreach.

Mansbridge will serve as chancellor until December 2013.

Canadian universities have historically chosen established or famous chancellors. Other selections of celebrity status have included former Prime Minister Lester B. Pearson who served at Carleton University from 1969 to 1972 and Robert Borden at Queen’s University from 1924 to 1930.