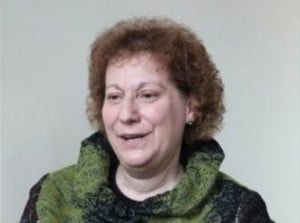 Under President Peter MacKinnon’s 13-year reign, the University of Saskatchewan was transformed from a staid Prairie school into an institution that attracts not only plenty of research dollars for things like the Canadian Centre for Nuclear Innovation and the Canadian Light Source synchrotron, but also a diverse faculty and student population.

Ilene Busch-Vishniac, originally from Philadelphia, Penn. has worked for Massachusetts Institute of Technology (MIT), University of Texas-Austin, Johns Hopkins University and McMaster University, where she currently serves as provost and vice-president academic.

Busch-Vishniac is an accomplished acoustics researcher and engineering education advocate. In the past, she’s advocated that women don’t need to give up motherhood to have successful careers in academia, encouraged more minorities and women to pursue engineering and worked with the Six Nations in Ontario to increase access to education for Aboriginal Canadians.

In an interview with the StarPhoenix, she laid out what she thinks a university ought to be. “Universities are precisely the places where controversial issues ought to be discussed and debated… A university is a safe place to have uncomfortable conversations. For example, the world thought we had produced safe nuclear reactors, then Fukushima happened. Where better than a university to examine what went wrong, what we need to do differently and what makes sense for the future?”

In a press release from the university, she said the following: “I look forward to continuing the momentum created by the extraordinary work of President MacKinnon as we foster innovations in teaching and learning, grow research programs that will drive the economy of the province in the future, distinguish ourselves through innovative approaches to the issues of the Aboriginal communities, and define the role we wish to play locally, provincially, nationally and internationally.”

Busch-Vishniac joins only about a dozen other female presidents at Canada’s roughly 70 universities. But she’ll have many female presidents nearby: Vianne Timmons at Regina, Elizabeth Cannon at Calgary, Indira Samarasekera at Alberta and Deborah Poff at Brandon.