"Little Office" hopes to have a big impact 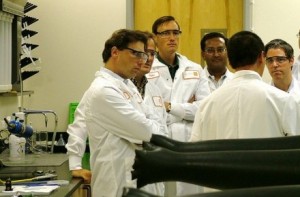 A new website is meant to keep Canadian scholars honest when it comes to research. The Little Office of Research Integrity posts news related to research misconduct and calls for action when it notices what it sees as problems with intellectual integrity.

Mort Shirkhanzadeh, the site’s founder and Associate Professor in Queen’s University’s Department of Mechanical and Materials Engineering, says that the site came out of the “gradual and painful realization that we don’t have a system in Canada to genuinely deal with research misconduct.”

Shirkhanzadeh says existing systems don’t adequately allow for correcting the scientific record when research misconduct takes place. He’s taken it on himself over the past seven years to report what he believes is misconduct to his university to the Natural Sciences and Engineering Research Council (NSERC), but now he’s taken his message to the wider community.

Ideally, Shirkhanzadeh says, there should be an official office to make these corrections. Part of the purpose of the web site is to show that more needs to be done. People need to realize, he says, “how bad things are and how desperate the situation is becoming.”

One supporter of the new site is former University of Manitoba prof Gabor Lukacs who left following a dispute over the awarding of of a mathematics PhD. According to Lukacs, universities too often see research, and the funding it generates, as just another part of their business which, he says, “creates a significant financial disincentive for universities to investigate research misconduct” and can lead universities to cover up any allegations of dishonesty on the part of their faculty members.

Lukacs says he would like to see LORI expose the limits of the current system and hopes the site will expand to cover a wide range of cases from across the country.

But is there a danger to a site like this one? Will scholars constantly be looking over their shoulders, worried that they might be publicly slammed over an honest mistake or misunderstanding?

“Academics need not be fearful of the website,” Shirkhanzadeh says. “We only cover cases of misconduct that have been investigated by the university and NSERC and where the researcher involved had ample opportunity to respond to charges of misconduct through the normal processes.”

Officials from Queen’s Office of Research Services declined to comment on this story.