New university ranking places U of T on top in Canada 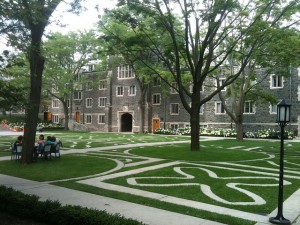 The University of Toronto is the best post-secondary institution in the country, according to a new global ranking of universities by subject. As the Montreal Gazette reports, the QS World University Rankings compared universities across 29 disciplines, and is the largest such survey ever completed.

U of T ranked No. 1 nationally in 21 of the 29 disciplines, ahead of UBC with six and McGill with two.

Though McGill failed to match the top-10 rankings of Toronto and UBC, it still made the global top 20 in an impressive eight disciplines.

“These rankings provide great news for Canada, pointing to world-class departments in a range of discipline areas,” said Ben Sowter, head of research at QS. “While the U.S. still dominates at an overall institutional level, within narrower subject areas the picture is far more diverse.”

Other Canadian schools to show up on the list were the University of Alberta, McMaster, Université de Québec, the University of Waterloo and Western University. Harvard and MIT scored best overall, placing first in 11 of the 29 disciplines in the survey.