Their itinerary may surprise you 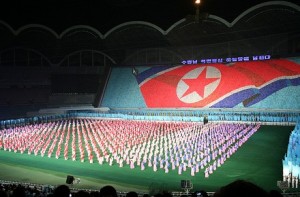 A second group of North Korean professors, six in total, have arrived at the University of British Columbia. They will study international business, economics, finance and trade over six months.

The business focus is  “drawing fresh attention to the North’s possible transition under its Swiss-educated young leader [Kim Jong-un],” according to South Korea’s The Korea Times.

This is the second group of North Koreans to study at UBC as part of the Canada-DPRK Knowledge Partnership Program, a project spearheaded by Professor Kyung-ae Park. The first group arrived last year before the death of Kim Jong-il, the famous dictator of the so-called “hermit kingdom.”

This comes at a time when experts suggest North Korea’s new leader may be interested in a more open economy. The nation of 24 million people is impoverished after decades of communism. Its GDP (PPP) is $2,400 per year, compared with $32,800 in its free-market southern neighbour.