Guess who makes $256 per student 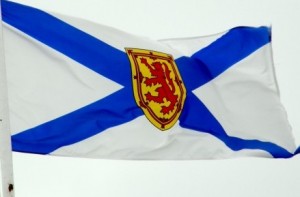 In September, Nova Scotia’s universities will be required for the first time ever to publish the salaries of all employees who earned $100,000+.

It turns out that will include all 12 of the province’s university presidents, reports CBC News. Combined, the presidents were paid nearly $2.6-million in base salaries to run 11 institutions (NSAC has two presidents).

The schools serve only about 35,000 students total, roughly the same number as the University of Alberta and 20,000 fewer than York University.

Tom Traves of Dalhousie is by far the highest paid at $393,000. That’s unsurprising considering that his institution has more than double the population of the next biggest Nova Scotia university with more than 15,000 full-time students.

But taxpayers may wonder why certain presidents are paid so handsomely to run universities that enroll fewer students than most high schools. For example, NSCAD, whose $2.4-million deficit necessitated a provincial bailout this year, managed to pay its president David B. Smith $210,000. With 821 students, that $256 a head. By comparison, Traves made just $26 a head.

As well paid as they are, none of Nova Scotia’s presidents would likely make the Top 10 nationwide.

If you don’t live in N.S. click here for links that will help you find your president’s salary, unless you live in P.E.I., New Brunswick or Saskatchewan where public disclosure still isn’t required.

*This post was corrected on Jan. 19. It originally said that York University has roughly the same number of students as all of Nova Scotia—35,000. In fact, York has 55,000 students.