On copyright silliness, U of T and Western beat Vic Toews

They should never have signed the agreements 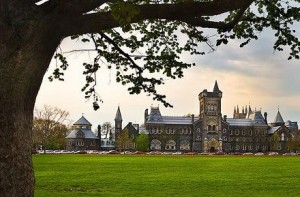 Luke Simcoe is a guest blogger. He will be contributing the occasional post on web culture, the various kooks and cranks who inhabit the Internet, as well as copyright matters.

Between them, the University of Toronto and the University of Western Ontario possess a sizeable portion of Canada’s brain trust. Yet somehow, the two institutions recently agreed to a copyright deal so dumb that one observer accused them of a “complete capitulation to an important battle over the costs and parameters of access to knowledge in Canadian post-secondary institutions.”

In an under-reported move back in January, U of T and Western signed a new agreement with Access Copyright, the private body responsible for collecting and distributing royalties in Canada. Previously, Access Copyright collected an annual tariff of $3.38 per full-time student. Under the new agreement–retroactive to 2011 and extending until the end of 2013–that fee has ballooned to $27.50. Granted, the new fee eliminates the levy applied to photocopied coursepacks, but those coursepacks are already being phased out as more material becomes legally available online or through commercial databases.

Despite passing an 800 per cent increase in costs on to students, officials at Western hailed the agreement as a victory, noting that the $27.50 figure was substantially less than what Access Copyright had asked for. But that ignores the fact that Access Copyright’s initial request of $45 was, by their own admission, essentially just a made-up number.

For their part, Access Copyright claims the increase is necessary to compensate creators for new kinds of copying, including the dastardly act of sharing hyperlinks. That’s right, according to the new deal, simply pointing someone to material that was already available on the Internet is an activity that should invoke copyright law, even if that person never clicks on the link.

It gets sillier. Bill C-11, which is under review in the Commons, is expected to expand the scope of fair dealing to include education. If the bill passes, much of what universities pay Access Copyright for would become free and legal. So, at a time when other universities are severing their ties to Access Copyright, two of the country’s top schools bought in at a higher price. It makes as much sense as locking in your variable mortgage when interest rates are expected to plummet.

I suppose it could have been worse. Some have pointed out that Access Copyright’s concern for material being shared over email could lead to the surveillance of faculty correspondence. Fortunately, both U of T and Western have refuted this claim, and the agreement signed with U of T suggests that the only information given to Access Copyright will pertain to the number of full-time students enrolled at the institution.

Still, if the best thing that can be said about your copyright agreement is that it doesn’t necessarily involve spying on teachers, it’s probably time to go back to the drawing board.