Ontario may force universities to specialize 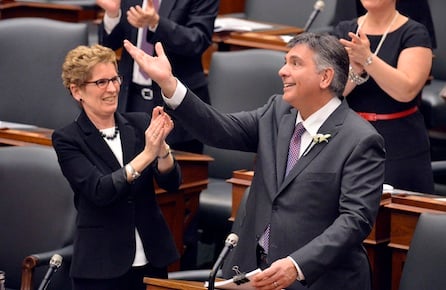 An Ontario ministry policy paper suggests the province is opting for a more centrally planned system. The “Draft Differentiation Policy Framework,” marked “Confidential,” was sent to administrators this week. It says universities will be asked to make clear what programs and services they do better than their peers because Ontario can no longer afford “duplication.”

That has prompted questions about how universities will decide what programs and services are priorities and whether those that don’t make the cut will be left to wither and die.

Chris Mercer is Chief of Staff at Laurentian University in Sudbury, a school that has already identified a small number of signature programs and an even smaller number of priority areas. He says he hopes decisions on what to do with non-strategic programs are left up to each institution.

For example, they could allot new undergraduate and graduate student spaces only to programs that fit each school’s strategic areas.

Another possibility is for the province to start using its authority to “just say no” to funding when a university senate approves a new program. “At this point that doesn’t really happen,” says Mercer.

One of the more controversial levers suggested in the paper is “student financial assistance.”

“That one scares me, to be honest,” says Mercer. “To say a student could potentially receive financial assistance only for [program] A, B, C or D is a really difficult thing to do to a student.”

Dominic Giroux, Laurentian’s president, says the plan won’t solve all problems, “but we do have a moral obligation to keep an eye on the long-term trends in terms of quality and sustainability, especially in light of the fiscal pressures that all governments face with an aging population.”

When his community was deciding on its focus areas ahead of the 2012-17 Strategic Plan, they realized they were already differentiated to a great extent with roughly 80 per cent of federal research funding coming from 20 per cent of the research subjects. “The key,” he says, “is meaningful and informed conversations on campus to make these strategic choices.”