Madman's essay is hateful toward Muslims 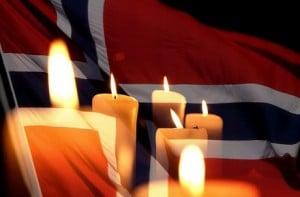 The terrorist who killed 76 with a bomb in Oslo and a shooting rampage at a children’s camp made reference to two Canadian universities in his rambling anti-Muslim manifesto 2083: A European Declaration of Independence.

Dozens of universities are referenced in Anders Breivik’s 1,500 page essay. Of those, at least two are Canadian schools.

First, he recounts a scenario written about in a student newspaper at Ryerson University in Toronto. A Catholic student group had challenged a Muslim student group for space on campus.

“At Ryerson University in Toronto, Canada,” writes Breivik. “The largest student group on campus, the Muslim Students’ Association, has monopolised use of the multifaith room. Eric Da Silva, president of the Catholic Student Association, said the group looked into using the room for mass but was told by RSU front desk staff that the room was “permanently booked” by Muslim students.”

Later on in the manifesto, Salim Mansur, associate professor of political science at the University of Western Ontario is quoted as having written: “Democracy is in a cultural sense an expression of the liberal modern world that situates the individual as the moral center of politics and society. It is the idea of the inalienable rights located in the individual, rights that need to be protected, nurtured, and allowed the fullest unhindered expression that makes democracy so morally distinctive from other cultural systems. From this liberal perspective, the common error about democracy is to view it as a majority system of governance.”

The logic behind Breivik’s selection of this quotation is unclear.

Breivik confessed to the murders on Monday, according to police. Both his defense lawyer and his estranged father, a former diplomat, have publicly questioned his sanity.