Princeton mom doesn't speak for me

Find a husband on campus before I graduate? No thanks. 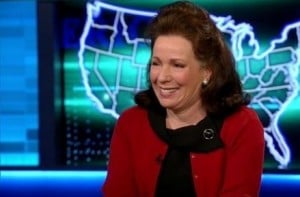 Susan A. Patton on Fox News

When Anne-Marie Slaughter spoke at the Women and Leadership conference at Princeton University in February, there was at least one person in the packed audience who did not agree with her call for the “next wave of an equal rights revolution.”

That person was the now infamous Susan A. Patton, who spoke at one of the breakout sessions afterward and then wrote a letter to the editor of The Daily Princetonian dismissing both Slaughter’s discussion of whether women can have it all and Facebook’s Sheryl Sandberg’s suggestion that women “lean in” to advance their careers.

According to Patton, instead of worrying about their future work-life balance, university women’s priority should be this: “Find a husband on campus before you graduate.”

Her reasoning? “[Once] you graduate, you will meet men who are your intellectual equal—just not that many of them. And, you could choose to marry a man who has other things to recommend him besides a soaring intellect. But ultimately, it will frustrate you to be with a man who just isn’t as smart as you.”

There are so many things wrong with this statement, but I’ll stick with two. First, her analysis is based on personal experience. In a phone interview with The Daily Beast, she revealed her own marriage woes. “My husband’s academic background was not as luxurious as mine, and that was a source of some stress,” she said, “I think he felt a certain level of resentment.” Her experience is hardly universal, and frankly, it’s not surprising her marriage failed given her superiority complex.

Second, and perhaps more important, her belief that a man and a woman must have the same academic background (which does not necessarily mean equal intelligence) to have a healthy relationship is both elitist and grossly reductionist. What about character? Personality? Ambition?

But there’s more. “Men regularly marry women who are younger, less intelligent, less educated,” she asserts. Not only does this contradict her claim that one’s potential husband should be her intellectual equal, it also belittles the woman’s role in the relationship and encourages airhead behaviour along the lines of ‘be a pretty ditz so you don’t scare the men away!’ Perhaps what she’s implying is that the bright Princeton girl should marry an even brighter Princeton boy?

Marriage is about companionship, not paternalism. We want someone to share our lives with, not someone to take care of us. A woman’s mind matters just as much as her age and looks, if not more. It is a pity that Patton is unable to see beyond what can be best described as an obsolete understanding of romantic attraction.

I go to one of the best universities in Canada, but I don’t see why I should limit my dating to UBC. Granted, I don’t see myself dating a man with no post-secondary education any time in the near future, but at the same time, most university men don’t go out with women who have no education either. At the end of the day, compatibility above all else leads to happy and healthy relationships.

I want to get married and have children, too—one day. And I agree with Patton that “the cornerstone of [my] future and happiness will be inextricably linked to the man [I] marry.” But I did not go to university for an ‘MRS degree.’ I came here to get a world class education, and my career ambitions are just as colossal as those of the boys in my classes.

In the end, Patton’s letter was not “advice from a nice Jewish mother,” as she defended it in The Daily Beast. It enforced the idea that this is a “man’s world” and women must learn to adapt.

Women like her who are educated, accomplished, and seemingly intelligent should not be making gender equality so perpetually unattainable.