Proud to be a first semester drop out

What I learned from choosing the wrong university 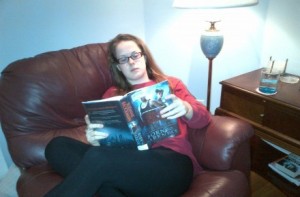 After years of research, tours of Dalhousie, Mount Allison, Queen’s, Carleton, and McGill, and multiple family discussions, I selected my university. It was a well-considered and entirely reasonable decision, and it was completely wrong. I’m officially a first semester drop out.

Since the end of September, I’ve been at home in Toronto trying to figure out a new vision of my future. As any student knows, the age-old question, “what do you want to be when you grow up?” isn’t as straightforward as it seems.

For a while, I had it all planned out: political science, then law school. I accepted my offer to Carleton University for their difficult-to-get-into Global Politics program in June and started in September. I left after three weeks.

I didn’t enjoy spending two entire three-hour lectures learning the details of human torture in my human rights class. My French professor treated us as though we were in sixth grade. My floor-mates in my residence were anti-social, sullen and unwilling to participate in frosh week activities. The meat in the cafeteria literally made me sick, limiting my diet to salad, soup and cookies.

Instead of wasting more time and money, I left my pride in Ottawa and came home to live with my parents in Toronto. I call it “the big flop.”

When people first hear of my decision, they either commend me for my courage, or they tell me my decision was rash and that I didn’t give myself enough time to acclimatize.

My parents have been supportive. They’ve given me space and time to consider different avenues while continually encouraging me to be productive, specifically through an online course. They tell me that being in an environment that enables success is the most important factor in learning, and clearly Carleton was not the right environment for me.

So you’re probably wondering what went so wrong. It’s not that I’m a bad student. I had straight As in high school. One problem was that I chose Carleton for the money. I had been accepted into six political science programs and Carleton offered me the biggest scholarship: $3,000 per year.

My focus on saving money blinded me to things that are probably more important to my success, such as proximity to my support system, including family and friends.

I was also too far-sighted when I made my choice. I focused on the prize instead of the experience. I wanted to be an international lawyer and that dictated my program choice. It should have been the other way around: my program should have helped me find a career that matches my interests.

Now that I realize all that, I can see why I was unsuccessful at Carleton.

So the big question floating around in my head is “now what?” Having the opportunity to start over at a new university in the near future makes that simple question so overwhelming that it has taken me the past two months just to narrow it all down to a manageable number of options.

The first thing that I needed to do was accept that I need to be near home in Toronto, and that means attending one of two universities: U of T or Ryerson. They are both excellent schools with a huge variety of programs, which brings me to the second place I went wrong: the program.

I love to write. It’s what I’m good at. I know I can succeed at it. I believe Ryerson’s Journalism program fits my requirements, and I now understand that many programs, including journalism, will help me get into law school if that ends up being my goal four years from now.

Did dropping out fix all my problems? No. If I stayed at Carleton, I might have grown to like it. I’ll never know. But I do know that I need to move past my setback. With a new plan bubbling in my mind, I can feel the old optimistic Sarah returning and the bad-call Sarah receding. My greatest lesson from the past two months is that we need to know ourselves when making big decisions.

Hopefully, four years from now, I’ll be able to say wholeheartedly that dropping out was a good decision. I certainly can’t say that yet. What I can say is that it wasn’t the end of the world to make the wrong choice. And I’m now closer to knowing what I want to be when I grow up.

FILED UNDER: choosing a university drop out First Year Survivor