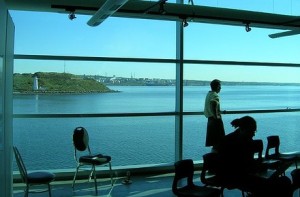 The Nova Scotia government announced Tuesday it will cover the Nova Scotia College of Art and Design’s $2.4-million deficit if the school submits a financial plan detailing cost-cutting measures by March 31.

The move follows the release of a 13-page report by former deputy minister Howard Windsor on NSCAD’s financial outlook. The report, released Tuesday, says the 125-year-old school is in “serious financial trouble” and will struggle to accept new students next fall without receiving help.

“NSCAD today is operating at a loss equal to more than 10 per cent of it’s annual budget,” the report says. “The situation is not sustainable.”

Both the province and NSCAD accepted all eight of Windsor’s recommendations, which included giving the school $2.4 million under certain conditions. In the report, Windsor also suggests the university review its programs and spaces on its three campuses and look at ways to collaborate with other post-secondary schools. Windsor did not recommend that NSCAD merge with another school in his report, but he didn’t rule it out either.

It’s a rough time for arts schools: Queen’s University suspended enrolment to its Bachelor of Fine Arts program in November, citing a lack of resources. On Nov. 10, The Council of Ontario Universities disclosed that Fine Arts graduates from the class of 2008 had the lowest average salary of 2010.