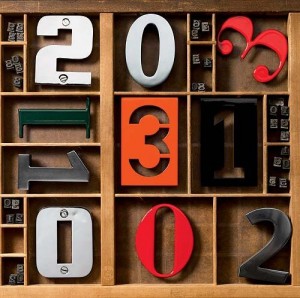 The Guardian recently reported on a study conducted by academics from Oxford, Manchester and London University on the admissions of students at Oxford University.

The study analyzed 1,700 UK students who applied to 11 Oxford colleges in 2002, according to the article.

The study covered details such as their predicted A-level results — a qualifying test most commonly recognized by British universities for admissions— and type of high school they attended.

The results concluded that men are twice as likely as women to be offered a place in science programs and 1.4 times as likely in arts programs.

From a gender perspective, white applicants are five times more likely than those of south Asian heritage to be offered place in science programs.

Based on the type of high school students attended the study found applicants from state schools were more likely to be offered a place in arts programs than private school applicants.

Director of undergraduate admissions at Oxford Mike Nicholson, who was quoted in the article, said that the study did not represent current admissions statistics.

Nicholson offered up more recent 2009 statistics to squash what the study appears to imply are unequal gender and ethnic admissions practices.

The article itself says, “Last year, the proportion of undergraduates at Oxford was 50.2 [per cent] females and 49.8 [per cent] male.”

I’ve recently been reading the book The Numbers Game by Michael Blastland and Andrew Dilnot that tries to demystify the use of statistics as the shock factor in daily news.

After the first few chapters, my fear that it’s sometimes easy to misrepresent unjustified statistics in the media was confirmed.

While I’m not faulting the Guardian of shoddy reporting, I feel it’s easy to just quote numbers without giving context to where they came from, like with this article.

To me, there are several apparent holes in the methods and findings of the study as reported.

For starters, of the 1,700 UK students used for the study, it is not discussed whether a proportional sample of male and female and those of different ethnicities were polled, or how that ratio was decided upon.

While the study likely covered these bases, it would be nice to know the breakdown of where the data is coming from in the article and what ratio of students actually applied to Oxford in 2002.

The article also elaborated on the question posed to students for the study of whether they had attended or participated in certain “cultured” events or activities in the past year and concluded that this information had no reflection in the results of their study.

Jobs and qualifications of the applicants parents were also assessed.

It seems, especially from those aspects, the study was trying to uncover the truth behind the possible stereotype that white males from “cultured” upper-class families are favoured at prestigious institutions.

According to Nicholson’s current data, that idea was not proved or disproved.

Based on that knowledge, I’m having a hard time figuring out how the statistical results of one year of admissions implies a gender and ethnic disparity at an institution, especially if current statistics reflect that male and female admissions are nearly at par and more recent ethnic admissions do not reflect the findings of the study, as Nicholson says.

If the study had, perhaps, compared data over several years of admission to imply an ongoing trend, I may be more inspired to join co-author Alison Sullivan in proclaiming the results “striking” (she is quoted as saying) in terms of inequality.

While I hope that all universities would consider applicants on the basis of academic merit, cynicism kicks in and tells me this is highly unlikely for all schools.

Regardless, I still want the proof.

Whether or not the article or the study is lacking, I think more background is needed to make a judgment call on the issue of unjust admissions.

What do you think about the article and study? Leave your comments below.