Q & A with Osel Hita Torres

A rare interview with one of Buddhism's most enigmatic figures 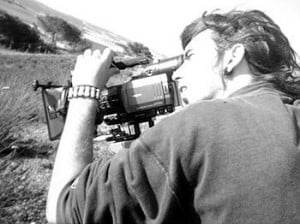 Maclean’s OnCampus: What is your response to the media reports claiming you’ve renounced your religion and calling?

O: It’s not true. A newspaper found out about an original interview [I did], and they said we’re going to do an article on you, whether you want to or not. They didn’t have much information. But I agreed, which I regret a lot. They changed everything. I said so many positive things they didn’t put, they blew things up and exaggerated facts, and it bugged me, because they were really nice at the beginning, saying it would be good for my image.

But is it fair to say you aren’t directly involved with your religion as one might expect?

O: I’m actually really involved with them and in contact a lot, we do have brainstorming…It’s not like I’m a renegade at heart, or a runaway.

Your relationsip with the Foundation for the Preservation of the Mahayana Tradition [the organization Osel is slated to lead] and how you deal with your responsibilities is different, though.

O: You could say that. But I’m still treading on my own path, I’m chilling out. I’m working really hard to accomplish things…I’m working on a masters degree on documentaries, afterwards maybe next year I’ll do some course on cooking, become a cook, and then maybe I’ll start doing something there, you know. But I’m taking it slow.

What do you make of all this attention?

O: I’m trying to live a really normal life, the friends I have know the stories but they don’t make a big deal of it, I’m really chill with it. I don’t have people saying I’m so disappointed in you, because the people I’m around don’t really recognize me, so it’s cool. I hope it doesn’t change.

Let’s talk about your time in Canada. To be clear, after years of studying in monasteries, you decided you needed a western education?

O: I left, and decided I needed a different education, because while I had the philosophy down, I really didn’t know much about the outside world.

What did you know about Canada before coming here?

O: Nothing basically. Two years before, I had been to Vancouver for a few days, but I had no idea about anything.

What was your general reaction to your first few days in school?

O: It was quite an adventure. No one knew me, so I could build up my personality, and create my own person, from zero, and that was great for me, because I could start over.

Was that your idea all along?

O: They had trained me so well in my mission to learn Buddish philsophy in order to help people, and I made it my mission. But when I came to Canada, I realized I had to find myself first, because I really didn’t know myself

So being just a normal student was a bit of a shock?

Were there any particular moments where it clicked and you were able to “find yourself”, as you put it?

O: Getting to the rugby team was really thrilling, having positive teamwork that I really got a lot of. Just being together with people, working towards a goal, cracking jokes. Apart from that, passing my exams.

A couple of teachers knew about your background, but the vast majority didn’t. Was it ever difficult to ask for help given that secrecy?

O: I didn’t really worry about it. If they don’t know, it’s better, because they’re more free to help me as a normal student.

Did you ever tell any friends or teachers during your time in Canada?

O: A couple of close friends found, but I didn’t tell them…I really don’t remember how it came out…but the good thing is they didn’t make a big deal out of it.

Was it a case of relishing the anonymity?

O: Yeah. I don’t remember a lot of details, but I remember a birthday party, we were at some house, and people were like “the way to pronounce your name is too complicated, we’re gonna call you Oz”, that was an amazing moment for me, because, ‘Wow, they’re actually giving me a unique name.’