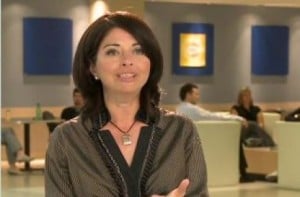 Quebec’s Liberal government has launched a new website to convince students of the fairness of the annual $325 tuition fee increase that will bring tuition to $3,793 in 2016-17.

But a coalition of student groups quickly launched their own anti-tuition website, which looks almost exactly the same as the government’s.

Student groups cried foul last week when they learned that Quebec had budgeted $50,000 for Internet advertising, including some that attempts to re-route Internet users to the governments’ site whenever they search the names of activist organizations on Google, reported La Presse.

Tens of thousands of students protested the Charest governments’ increase last week, despite the fact that Quebec will continue to have some of the lowest fees in North America even after the rise.

In a video on the government’s new site, Minister of Education Line Beauchamp explains in French that students will only be paying about 17 per cent of the total cost of universities after the tuition rise, compared to the 26 per cent of university bills that they footed back in 1968. She also makes her case about why it’s important that Quebec raise fees, arguing that universities must compete with those in Toronto, Boston and New York, which can afford to hire the best professors.

Text on the site asks, “did you know that the Quebec government pays $11,100 per student per year? There’s also a comparison of what social science students pay at similar universities in different jurisdictions. It shows that tuition is $2,000 at Montreal, $5,000 at Queen’s in Ontario, $6,000 at Dalhousie in Nova Scotia and more than $8,000 at the University of California.

The anti-tuition sites has its own comparisons, which are identical except that they include tuition figures from France, where students pay nothing, and Germany where they pay at most $1,500.

The anti-tuition site argues: “the $1,625 tuition increase has nothing to do with the quality of teaching or the value of a university degree. In fact, this fee hike (the largest in Quebec’s history) will force students to take on more debt, second jobs, or even drop out of school.”