Project will cost an estimated $70-million 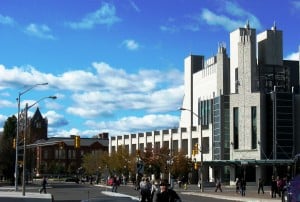 The university said in a release the new residences are needed to accommodate a “modest” increase in first-year admission for fall 2012. Queen’s previously expanded the Waldron Tower residence hall and currently leases rooms for graduate students at the downtown Confederation Place Hotel. The Queen’s Journal has reported over the last few years that common rooms have gone the way of the dinosaurs as enrollment at Queen’s has increased.

Construction on the new residences will start next year. Queen’s currently estimates the project will cost $70 million.

Bonus for future first-year students: The new space means about 20 common rooms in existing residences will be restored – and so will weekly Bachelor watching nights.