Raelians announce support for the CLASSE 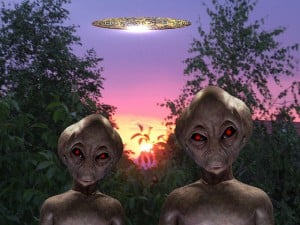 Quebec’s largest student union, CLASSE, which has been at the centre of the five-month-long protest movement in the province, has gained a new, other-worldly supporter: alien-believing religious group, the Raelians.

The Raelians—known for their free love attitudes and controversial efforts to clone human beings—were founded by Quebecker Claude Vorilhon, who claims to have had direct encounters with extra-terrestrial beings. Vorilhon and his followers believe aliens created humanity in a laboratory 25,000 years ago.

As Montreal newspaper La Presse reports, the Raelians are supporting CLASSE because of they believe striking students are struggling against the same corrupt system, which comprises the mainstream media and government and business elites, as they are.