Rich kids have problems too 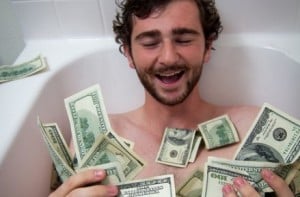 Some students seem to have it all. Their parents send them off to school in gently-used sports cars, they find money deposited in their bank accounts each term and they’re always up for a party because they never have to work part-time.

But a new study in Journal of Adult Development suggests that less wealthy college students shouldn’t envy the rich kids. It turns out rich kids feel more immature, have less defined career plans, and engage in riskier behaviours like drugs.

The conclusion? “Parents who are in position to help should provide a level of support that facilitates progress toward graduation while enabling children to become invested in their own education by contributing to the cost of getting a degree,” co-author Larry Nelson told the Salt Lake Tribune.

The study by researchers from Brigham Young University involved in-depth surveys of 402 undergraduates and their parents at four schools in Maryland, the U.S. Midwest and California.