Rock-bottom prices on The Rock

Why students are flocking to Memorial University 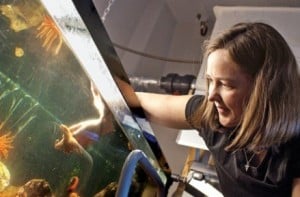 Amber Haighway, a fifth-year music education student at Memorial University (MUN) in St. John’s, Nfld., has many jealous friends studying in places like Toronto, New Brunswick and back home in Nova Scotia. They say things like, “I can’t believe you pay that little for a whole semester—that’s the price of one course at my school.” It’s not far from the truth. As the Glace Bay native explains, “it’s more affordable to travel from Nova Scotia and pay for school, books and housing in Newfoundland than to go 10 minutes down the road to Cape Breton University and live at home with my parents.”

That’s because undergraduate tuition at Newfoundland’s only university is $2,550 a year, thanks to high provincial funding. Tuition fees in the province make up only 12 per cent of the university’s revenues, compared with roughly 30 per cent in New Brunswick, Ontario and Nova Scotia. At home in Nova Scotia, a bachelor’s degree like Haighway’s would cost about twice as much, $5,163 per year on average. The Newfoundland discount means a lot. Haighway will graduate next year with loans of only about $20,000. It’s no wonder her friends are jealous.

It’s not just Haighway’s friends who have noticed. The number of Nova Scotians attending Memorial increased by 1,079 per cent between 1997 and 2009, while the number of New Brunswickers grew 800 per cent, according to MUN researchers. In 2010, out of Memorial’s 14,000 full-time undergraduates, 2,342 were “from away.” That’s up dramatically from the 137 out-of-province students in 1997. In that same study, migrant students cited low tuition as their number one reason—by far—for choosing Newfoundland.

But it’s not only tuition that’s more affordable. Sarah Douglas, a final-year nursing student, pays only $325 per month for her room in a three-bedroom house. That’s typical in St. John’s. The Canada Mortgage and Housing Corporation predicts that two-bedroom apartments there will average $775 in 2012. In Halifax they’re expected to climb to $920 and in Calgary they’ll hit $1,120. Parking prices are rock-bottom too, as low as $25 per year, compared to more than $1,000 at Ryerson in Toronto. Even entertainment is cheap and bountiful, whether it’s snowboarding trips, music festivals, or beers on George Street—Douglas’s admitted vice. “On Tuesdays, they have $2 beer; on Thursdays, they have 12 for $20 beer,” she says. “Oh, and three bottles for $5 is big, too.” In fact, the ability to affordtoo much beer is one of MUN’s biggest flaws, warns Douglas. Luckily, there’s a relatively new fitness centre at Memorial to work off all those extra calories. That’s affordable, too; the fee works out to less than $14 per month.

As much as they’re drawn by the big savings, students are also impressed by the neighbourly culture they find. “Here in Newfoundland, they talk about themselves as a different breed,” says Haighway. “They really are. A couple of weeks ago, my car broke down on the side of the road downtown, and every second driver asked something: ‘My dear, is there anything I can do to help you? Do you have a cellphone? Can we help you pay for your tow truck?’ ” She paid for the tow truck on her own, but doesn’t doubt that the offers were anything but genuine Newfoundlander kindness. People look out for each other in this province, she says—tow trucks and highly subsidized tuition included.